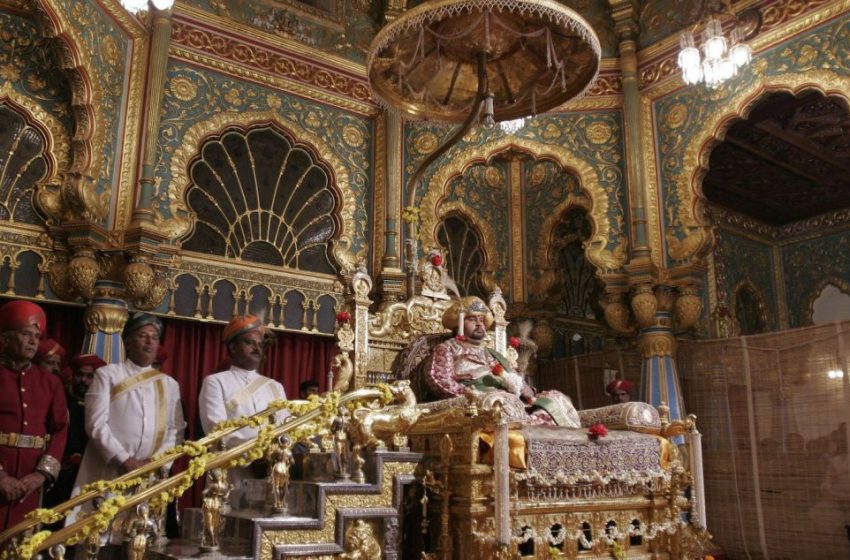 The age of kings officially left India in 1947, but unofficially, the dynasties still live in the past, following the old ways, holding on to their massive properties, living the luxurious life of modern-day kings. In this piece, we give you a small glimpse of the opulence of the royal families of India.

India has always been the land of kings and emperors. Its history is rich and replete with stories of heroic kings and vast kingdoms waging wars, ruling wisely, and living well. With the country’s independence in 1947, and with Indira Gandhi’s socialist measures in 1971, the maharajas of India lost some of their opulence, but not all of it. Many of them have ‘rebranded’ themselves as hoteliers and estate managers, and if one lifts the hood and looks under it, they’re living the lives of modern-day kings.

Here are a few of them.

1. The Mewar Dynasty
The Mewar dynasty is one of the oldest dynasties in the world, starting from around 600 AD until the year 1947, when it was stripped of its official title with India’s independence, calling an end to the age of kings. But the dynasty continues to have private, unofficial titles to all their heirs. The current ruler, Rana Sriji Arvind Singh Mewar, is the 76th ruler in the line. The Merwar family owns heritage hotels, resorts and charitable institutions across Rajasthan. The beautiful Jag Mandir Island Palace on Lake Pinchola belongs to this family. In all, they employ a collective staff of 1200 people to run their properties.

2. The Wadiyars
Perhaps the best known among all the Indian kings, the Wadiyars ruled the Kingdom of Mysore from 1399 to 1761, and then after a brief hiatus, from 1799 to 1947. The kingdom was then incorporated into the dominion of India, and was named Mysore. The 23-year-old Yaduveera Krishnadatta Chamaraja Wadiyar is the present ‘ruler of Mysore’, and is the custodian of the Wadiyar dynasty. The family is said to have assets and properties amounting to 10,000 crore Indian Rupees. Members of the Wadiyar family are now deeply ensconced in real estate and politics.

3. The Royal Family of Rajkot
While most other royal families have consolidated their wealth by converting their estates into hotels and golf courses, the royal family of Rajkot has made investments in bio-fuel developments and hydro-electric projects. The current head of the family is Yuvraj Mandhatasinh Jadeja. The family is also partnering with US Pizza to set up outlets across Gujarat.

4. The Gaekwads of Baroda
The Gaekwads belong to a Hindu Maratha clan, and the dynasty has been ruling the princely state of Baroda from early 18th century up to 1947. It was one of the largest and wealthiest princely states in British India, with wealth arising from cotton, rice, wheat and sugar production. The current custodian, Samarjitsinh Gaekwad, lords of property worth over 20,000 crores of Indian Rupees, which includes over 2000 acres of prime residential, commercial and industrial real estate.

5. The Alsisars
The Alsisar dynasty is often called the maharajas of Khetri. The current head of the family, the sixteenth scion of the dynasty, Abhimanyu Singh, owns a haveli each in Jaipur and Ranthambore. He is also the co-sponsor of the annual EDM festival, Magnetic Fields. They’re also known by the name of Shekhawats.