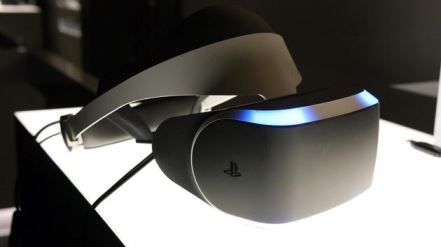 Gone are the days of sitting in front of a television and pressing buttons on a controller to make two-dimensional images move on a screen. The future now belongs to virtual reality, or VR. In this piece, we give you a quick tour of the VR devices that will hit the market in 2016.

Virtual reality is the next frontier as far as entertainment and gaming is concerned. It is an immersive experience where the movements of your head are tracked in a three-dimensional world so that you feel as if you’re part of the world as opposed to being just a spectator watching something on the screen. With movies too, a well-done virtual reality system will take you into the movie’s world and make you a participant in the experience.

We have a list VR headsets that you must try:

Oculus Rift
This is the first VR system that started the current hysteria for virtual. Oculus was designed by 21-year-old designer Palmer Luckey, and it was funded by Kickstarter. Later, it was scooped up by Facebook for a massive $2 billion. The Rift plugs into your computer’s DVI and USB ports, tracks your head movements, and provides 3D imagery into its stereo screens.

The Rift will ship out in Q1, 2016, and you will have two Oculus Touch controllers to allow hand tracking.

Sony PlayStation VR
If you’ve been a long-time admirer of the PlayStation, Sony’s Project Morpheus, the PlayStation 4 power VR headset will hit the stores in the first half of 2016. The LCD display of the prototype that was exhibited in 2015 is now replaced with a 5.7-inch OLED one that will improve motion blur and enable low persistence.

Samsung Gear VR
Samsung is throwing its hat into the ring too. The Gear VR is an Oculus Rift powered device that will use Samsung Galaxy smart phone as its processor and display. The handset slots in front of the lenses into a Micro USB dock, and its Super AMOLED display becomes your screen.

A whole host of games have already been added and a large library of VR content is being developed, and is called Milk VR. The first version of this device costed $199, but the next version, due to hit the stores in 2016, is only half the price at $99.

Microsoft Hololens
The Hololens is half virtual world and half augmented reality. The device merges real life elements with high definition, holographic images, so you can potentially visit any place in the world – or the galaxy – while still interacting with elements in your living room. It has a 120-degree field of vision on both axes, and doesn’t need a connection to a computer. It runs on a battery, and has a full Windows 10 system loaded onto it.

Fove VR
Fove VR is different from Sony PlayStation VR and Oculus Rift in that it has interactive eye-tracking. Inside the headset, it uses an infrared sensor to track the user’s eye, which gives it a new control method and an edge in the amount of immersion they can offer in virtual realism. Simulated depth-of-field is possible with FOVE because it knows what you’re looking at, and therefore can make the virtual seem more real.