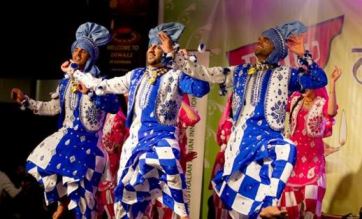 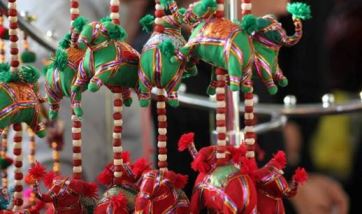 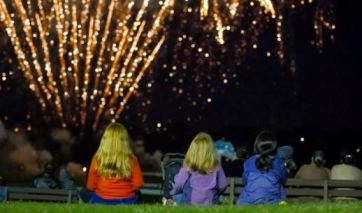 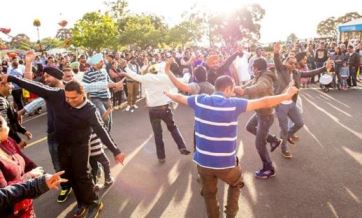 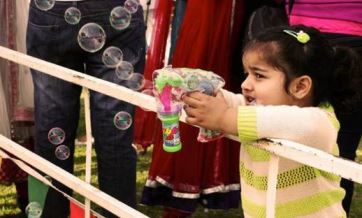 At Sandown Racecourse in Melbourne, AIII (Australian Indian Innovations Incorporated) held a Diwali fair that was easily the biggest, loudest, meanest Diwali event of 2013 in the country. Each year for the last twelve, AIII has been outdoing itself with their Diwali and Holi celebrations, and just when you felt that they simply could not better what they did last year, they came out this year and did just that – with some style.

13000 people thronged to the Racecourse and participated with gre

at zest and gusto in the activities. Rides? Check. Food? Check. Fun?A big, resounding check. When asked what made AIII tick year in, year out, they say it is twelve years of dedication, fun, friendship, accountability and trust. After witnessing the smooth, clockwork-like event at Sandown, it’s difficult not to say amen to that.

We asked MrYogenLakshman a few more questions about AIII, and here’s what he had to say.

What do you think was the best part of the night? What, according to you, was the point where you said, ” Nice! We’ve done it, boys!”

Best part of the night was when the invited guests had left – it is a huge security and event pressure once they are there. Everything has to work like clockwork, from receiving them at the gates, escorting to the VIP area, feeding them and seeing them off. The other important aspect was that there were no calls from Sandown management. No calls means a nice smooth-run event.

What could you do better and want the community’s support to do something for next time?

I think we have covered all aspects of the community’s expectation – family environment, alcohol and drug free, security and police, ample food and variety vendors, children’s rides, cultural stage shows, SBS radio presence, Government ministers, etc . If the community needs anything more, we will cater to it(provided the cost is within our reach).

Any particular message you want to deliver?

Come again next year for Diwali – and see you all during HoliDhamaka on 16th March 2014.

Anyone particular you would like to thank for making this event a success?

The VMC as our major funding partner, and Pattu Foods as our major sponsor are just two of the many people we wish to thank. The generosity of all the performers a

nd dance and music schools that provided the entertainment programme free of cost, and of course our stall holders, who year by year turn up to support this event.

Oh yes, and the rain Gods for keeping away.

What has been AIII’s secret to doing to year after year for more than a decade?

Yogen also gave us a sneak peak into what the future holds when he said that this year’s Holi celebrations are going to go up a notch compared to last year’s. We know that those of you who have come to the Diwali fair will be at the Holi gala, but for those of you who couldn’t make it, take it from us. You do not want to miss it.

Where to celebrate ‘Holi’ in Australia

The Best Events in Sydney for Christmas 2019

Lions of the Great War Statue: A Tribute To Indian Sikh Soldiers

The Celestial Meteor Showers To Look Out For In 2019

The Proposed Changes in Australian Citizenship Legislation in 2019 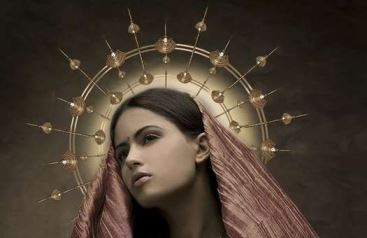 India is called a developing country, but we still live in an underdeveloped society. If not then why a simple...