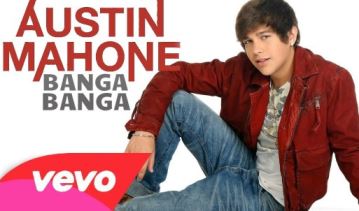 Banga! Banga! Is the second single by American young singer Austin Mahore. This soundtrack was released on November 10, 2013. Its genres include teen-pop, hip-hop and R&B. as it was released, up until now it has been about 1 month and this song has acquired ratings of 3.2/5.0 on the box office and credited as the hit song of year 2013. Most of the reviewers and listeners say that this song is completely different from the last one debuted by the same singer last year. On the other hand, among a special group of critics and reviewers, this track has earned the first place for the music box office of 2013. As the singer is turning 18 in a few months, he has stated that this track is kind of a mature number on his credit and this is the element that we all feel while listening to the track.