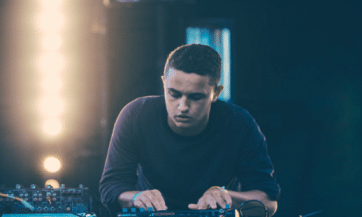 It’s a single track that is sung by singer and musician Evian Christ. It was released on November 20, 2013 and it’s almost a month now that this has been released in the market and up until now, this track has acquired mixed reviews and ratings of 3.43/5.0 on Box office. Genre of this track is Trap and most of the reviewers and listeners have stated it as a good addition to 2013 music box office. This is the first single from Evian’s upcoming “Waterfall EP” and it hasn’t been a very good hit around the world in UK, Canada and USA. The fact is that no one knows much about Evian and he is just a singer that plays hip-hop, trap, ambient and dubstep music for number of producers. Unlike Evian’s past work, this track has proved that it requires your attention and once you are listening to it with heart, you find it very melodious especially the drums in the background are really good introduction in his music.