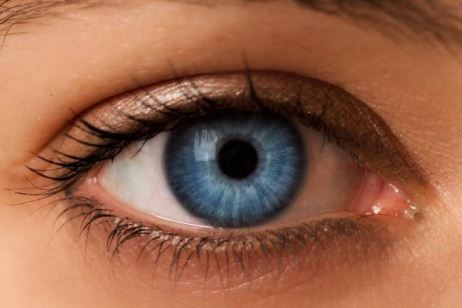 Blue is the second rarest eye color on the planet after green and since this color is so uncommon, people with blue eyes quickly become the centre of attraction wherever they go. Several celebs like Nicole Kidman, Daniel Craig, Aishwarya Rai, Clint Eastwood, Naomi Watts, Jude Law, Cameron Diaz and Jennifer Aniston are the blue eyed big shots who have ruled millions of hearts with just a twinkle of their stunning eyes. In some cultures, blue eyes and blond hair are associated with fertility in both men and women. Contact lens manufacturing brands have also claimed that the most popular color for contact lenses being sold is blue.

According to Mark Grant, an epidemiologist from Loyola University, Chicago, every 6th person in United States have blue eyes, which is about 16.6 percent of the total US population. Mark’s research has been published under the title – Cohort Effects in a Genetically Determined Trait: Eye Color among US Whites. Along with many other things, the research analyzes how this eye color originated in the first place. Can you consider blue eyed people as some sort of mutants? Well, the truth is that you can. According to Mark’s research, blue color of eyes originated as a result of a genetic mutation which took place almost 6-10 thousand years ago.

Another research published on the subject of ‘Human Genetics’ states that this glorious mutation occurred in the region near Black Sea during Neolithic Revolution. Blue eyes consist of very low amounts of melanin as compared to brown/black eyes. This results in longer wavelengths of light being absorbed by the eyes and shorter ones getting reflected. A group of researchers from Copenhagen University traced this origin in 2008 and they also suggested that this mutation occurred in a single human being thousands of years ago. This simply means that the original blue eyed mutant is responsible for all the millions of blue eyed people we see today. Thus blue eyed human beings have a single, common ancestor.

According to Dr. Eiberg, team leader and professor at the Department of Cellular and Molecular Medicine, originally all humans used to have brown eyes. Melanin is the chief component accountable for the brown or black color of the iris and we have explained earlier that blue eyes contain very small amount of this component. But what causes such low concentration of melanin in case of blue eyed people? Dr. Eiberg explains that a genetic mutation affecting a certain gene in our DNA resulted in the creation of a ‘switch’ that literally turned off the ability to produce melanin.

The amount of melanin is responsible for the range of colors in human eyes, from brown to green. In the specific case of all the millions of blue eyes, there is a certain fixed amount of melanin and this concludes that blue eyed people have a common ancestor. They have all inherited the same switch at exactly the same spot in their chromosomes. Professor Eiberg compared the blue color of eyes of various individuals living in different nations – Denmark, Jordan and Turkey. He also examined the mitochondrial DNA of these people and after a thorough research he came to the conclusion that all blue eyed individuals were related to a common ancestor.

Professor further clears that genetic mutation of brown eyes into blue eyes does not have any negative effect on the body. It simply shows that nature is persistently shuffling the human genome, creating a genetic cocktail of human chromosomes and trying out different changes as it does so.

In US, the percentage of individuals with blue eyes is decreasing with time. Factors responsible for such declination could be an increase in immigrants from Asian countries with brown eyes and also because of inter-racial relationships. Countries with maximum concentration of blue eyed people include Germany, Netherlands, Scandinavia and the Baltic States. Regions such as North Africa, Southwest Asia and Southern Europe have the least percentage of blue eyed individuals. Blue eye color is also common among Israeli Jews. In Estonia 99 percent population have blue eyes and in Germany 75 percent people have blue eyes.