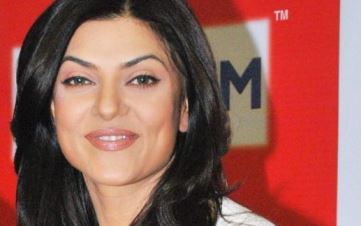 After hitting the gym and working out on her body, Sushmita Sen has lost

weight and is now all set to make a comeback this year. Recently at Rouble Nagi’s art exhibition, the 38-year-old actress revealed that she is looking forward to some big breaks in the industry which will bring her back into the big picture. There are basically two projects which she is looking forward to and one of the two goes on floors in July, 2014. As per the schedule, the shooting will start in the month of July whereas the second project will bring out the entrepreneurial side of hers.
The actress is well known for her roles in movies such as “Biwi No.1” and “Main Hoon Na”. At present, she has two daughters named Alisah and Renee. Both of them have been adopted by her. Sushmita will be making a proper comeback after almost a decade of sabbatical.