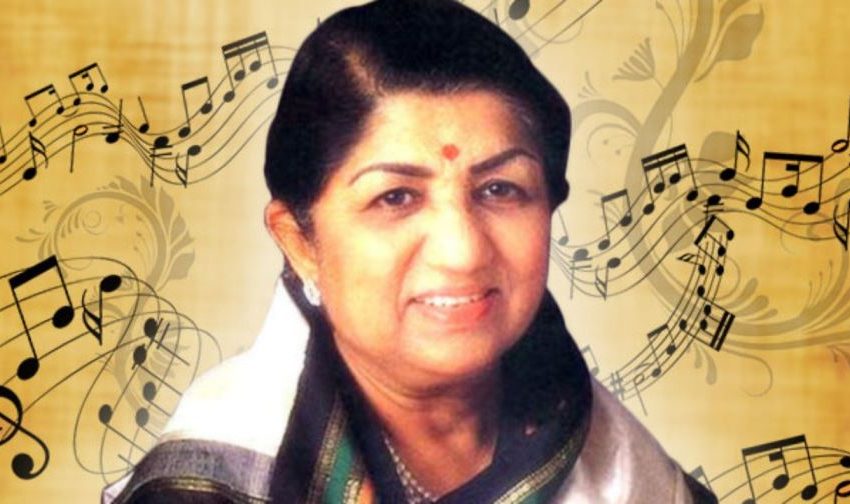 In post-independence India, Lata Mangeshkar became the unofficial nightingale of India. Over sixty years she ruled the roost of Indian playback singing, and now, a book that documents her journey is in the works. Read on to find out more.

The original nightingale of India was Sarojini Naidu, but titles also get passed on as new generations grow up with new memories. For all the people of India who have taken birth after Independence, and therefore without firsthand experience of the true nightingale of India, Lata Mangeshkar stepped up to assume the moniker.

From the 1940s to now, there has been no parallel to the amount of dominance that Lata has exerted upon the Bollywood playback scene. Romantic, devotional, funny, preppy, slow, melodious, classical, light – you name it, she has sung it, and always in tune, never letting her effort show.

Yes, there have been murmurs of discontent from embittered colleagues, rumours of a fierce temper and a merciless sense of monopoly and competition. But which long career at the very top is free of such complaints? We must revel in the talent and art such artists give us; we cannot ask that they be impeccable human beings too.

For instance, much is made of her rivalry with her sister, Asha Bhonsle. It is said that Mangeshkar did not spare her own sister in her quest to become and stay the best. But these murmurs always come without proof, and it is always difficult to separate the jealous false allegations from those that have any merit.

Even if some of the rumours were true, how can any career as long as hers be utterly free of indiscretions, and how can anyone survive in the cut-throat world of Bollywood as a woman without a mean streak. If you’re nice to everyone, they take advantage of you. It’s just the way of the world. If you wish to be successful, you must deal with the world as it deals with you. Mangeshkar understood what it took to reach the top and stay there, and how well she did it!

She’s now eighty-six years old. She has won the Bharat Ratna and millions of die-hard fans all over India. She has presided over India’s most eventful century yet – the twentieth – where it went from British colony to free fledgling country to economic powerhouse. She has seen it all.

Now her life and thoughts are being recorded in book form. It has been written by one of Hindi literature’s most respected poets, Yatindra Mishra, with the full authorisation of Lata. It will be translated into English by Sahitya Akademi award winning author, Ira Pande. Penguin Random House is bringing out the book sometime in 2016.

The title of the book is ‘Lata Mangeshkar: A Musical Journey’, which tells the story of her life, her initial struggles, successes, and later her reign as the queen of playback for fifty years. It has been compiled from then numerous interviews that Mishra had collected of Lata for the last several years.