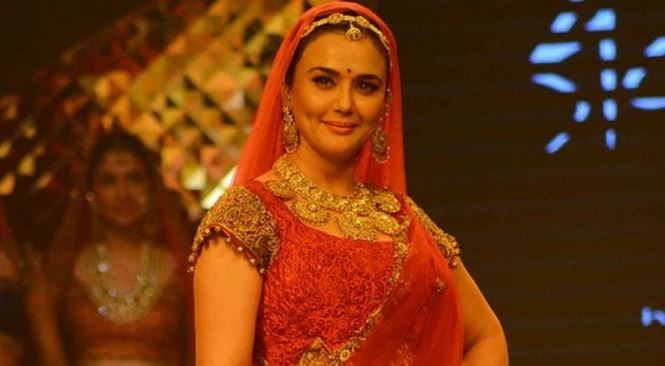 At forty, Preity Zinta is not getting any younger, though she still looks as fresh-faced as she did in the nineties, when she burst onto the national scene in the infamous Liril ad. There are unconfirmed reports now that she may just be getting ready for a wedding in 2016. Read on to know more!

Preity Zinta is now forty and has always been vocal about how she had always wanted to get married and settled down. She’s not the ‘I’m not marriage material’ type, and yet, through a series of unfortunate events, she has wound up single after a long relationship with Ness Wadia.

However, all is not lost for our Liril babe. Rumours abound that she has been dating an American financial analyst named Gene Goodenough (okay, no wisecracks about that name!) for a while now, and that their relationship has already passed through the various ‘levels’ and is now standing on the cusp of holy matrimony.

Although Preity is yet to make an announcement publicly about this, sources close to the actress confirm that she is slated to fly to the US in 2016 where she will be tying the knot with her beau in an intimate wedding ceremony. Goodenough is said to be thirty years old, but Preity doesn’t look a day older than thirty herself, so who’s complaining!

As per reports, Preity and Gene met on one of Zinta’s trips to the US a few years back. While talking about their secret affair, a source was quoted saying, ‘He supports, encourages and understands her. Gene gave her company during this year’s IPL and she flew back with him to the US after the finals, as he had to return to work.’

However, as it usually is with news of this sort, other sources deny the whole shindig and insist that ‘Gene is NOT Preity’s boyfriend. He is just a very good friend. Preity’s brother and little niece live in the US and she visits them regularly. She therefore has a lot of good friends in America.’

Well, good friends or not, it looks like 2016 may be the year in which Preity finally becomes ‘Goodenough.’ (Okay, we couldn’t resist one little dig!)