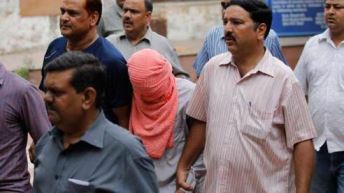 Parents of the 23-year-old girl who was brutally raped and murdered in a moving bus in Delhi last December have now moved to the Supreme Court seeking trial for the juvenile who was equally involved in the crime just like the others. The minor who was only 6 months short of 18 was initially tried in a juvenile court and sentenced to three years of imprisonment whereas the remaining accused were sentenced to death. One of the accused was found dead in his cell in Tihar jail.
The parents of the victim want the law to be quashed by the Supreme Court and want the minor to be tried as an adult. Following the August 31 verdict, Nirbhaya’s (name changed) parents expressed their dissatisfaction over the verdict and henceforth, moved to the apex court where they filed a petition regarding the validity of the Juvenile Justice Act 2000 of Indian Constitution. Badrinath Singh and wife Asha Devi have sought the advice and assistance of the Supreme Court and strongly feel that juvenile laws restrict harsh punishments to be given to minors who have committed a crime under any IPC section.
The petition was filed through Advocate Aman Hingorani and highlighted that “any juvenile is liable to be tried and punished by the criminal courts for the aforesaid offences, complete with the judicial discretion on established principles of law regarding the award of sentence keeping in view, amongst other factors, the nature and gravity of the offence”.
The petition has been forwarded and is being put into consideration as of now.