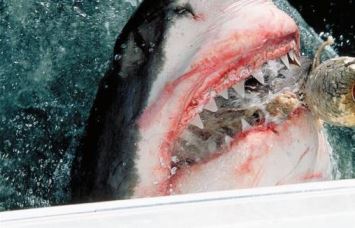 In an incident which forced Australian authorities to shut down its beaches for 2 hours, a teenager was lethally mauled by a shark off a beach that falls on east Australian Coast. This will be the second lethal shark attack this month after a 35-year-old man was attacked by a shark while surfing near western Australian coast on November 23.
Zack Young, 19, was body-boarding with his friends when he was fatally bitten by a shark at Riecks point, 100 metres offshore as has been reported by      New South Wales police. The area falls in the Coffs Harbour. Zack was brought back to the beach by his friends and bystanders desperately tried to control the blood flowing from his legs. Due to loss of blood, Zack suffered a cardiac arrest and was pronounced dead after the paramedics tried to help him. As of now, there is no idea regarding the type of shark involved in the incident.
The western and eastern Australian coast has always been considered dangerous especially for surfers and body-boarders. Three surfers have lost their lives in Gracetown to deadly shark attacks in the past one decade. Shark sightings are quite common along the coastlines of Australia but fatal attacks have always been rare. The rate of fatal shark attacks has always averaged just one fatal attack per year for the last 50 years. But in the past few months, the hostility of the sharks has increased around the coastlines.