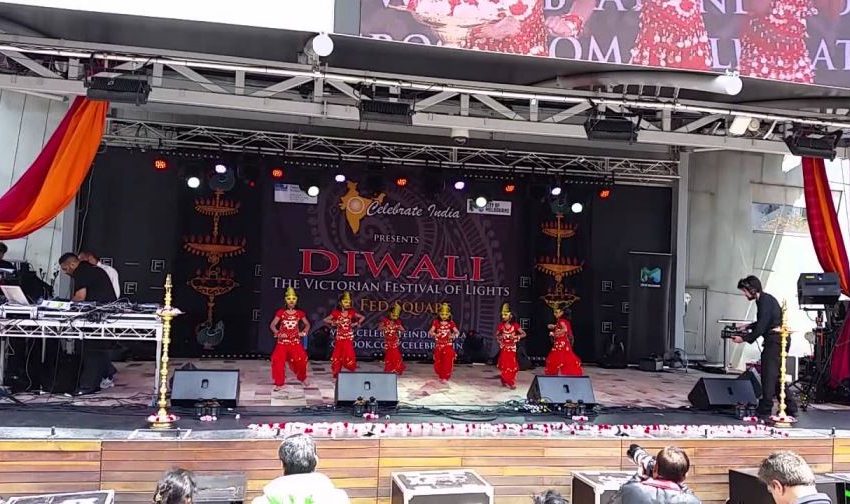 Made in India brings you a roundup of all the exciting Diwali events that happened all around Australia in 2015. In this article, we take you to the happenings of Melbourne.

Melbourne has never been a stranger to grand Diwali celebrations. This year was no different. Here is a roundup of all the events that you may have missed this Diwali. (Be sure not to miss them next year!)

AIII
The Diwali Fair that AIII (Australian Indian Innovations Incorporated) organises every year at Sandown Racecourse was back this year as well, with its usual sense of fun and frolic. For fifteen years in a row now, AIII has brought Diwali to Melbourne like nothing else. While this year’s extravaganza lacked the celebrity presence of previous years, AIII went for a family-oriented fair this year, focusing on rides and food stalls with a free entry for kids. After all, it’s all about family, isn’t it?

Celebrate India
Celebrate India, a Victorian not-for-profit community organisation set up for better understanding of Indian culture in Australia, also set up great nine-day event commemorating Diwali. Their Diwali celebrations went on from 2 November to 11 November 2015. They had the following events:

In addition to this, they had a Diwali fair at Federation Square on 6 and 7 November, 2015. There were many stalls and events promoting Indian culture, like a henna and astrology stand where you could get your hands painted and future told. Also present were the usual suspects: cultural activities, instrumental music, lecture demonstrations on Yoga and meditation, and many other such fun activities. They even invited AFL and Australian cricket team players to meet and chat with attendees. All in all, a big hit!

Wyndham Diwali
Wyndham Diwali was a day-long event organised on 14 November in Presidents Park, Victoria. It was a free entry event with focus on the mythology of India. Dances and dramas were staged on the stories of Kali, Shiva and Rama of Ayodhya, whose return from Lanka is said to be celebrated as Diwali. Also present at the fair were international cuisine stalls, kids’ activities, variety stalls, a photo booth, a live DJ and many other such fun things.

A spectacular fireworks display rounded off the evening. The message of Wyndham Diwali is ‘Many cultures, one nation’, which was driven home with the multi-coloured display of lamps and fireworks. As the night sky lit up with hues of red and yellow and white and blue, we’re reminded once again that we’re all cut from the same cloth.