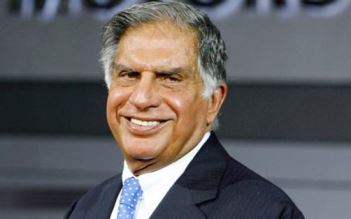 Ratan Tata has said that he experienced confusion and humiliation during his first few weeks at the elite Harvard University when he started there as a student, but those few days turned out to be the most important days of his life, he stated further.
Ratan Tata recalled this memory of his education period at Harvard when he was invited to attend the dedicated ceremony of Tata Hall at Harvard’s business school in Boston. To honor the iconic Indian industrialist, Ratan Tata, the Harvard University has named a seven-story glass and limestone building after this tycoon of Indian economy.  This building has 163,000 square foot constructed area which is accumulated with everything to facilitate the education and residential needs for Harvard’s executive education program students.
Ratan Tata attended the elegant inauguration ceremony at Harvard with Nitin Nohria, India-born dean at Harvard and University President Drew Faust. As he was sitting there, he recalled his days at Harvard and stated that his first few weeks at HBS was confusing and humiliating by the overwhelming caliber of his classmates.
He also added “that was the time of my life when I sat and counted hundred times to see how many days are left before I can return to my normal world”. In later remarks, he continued his speech be telling that soon those days were over and then he found out the real caliber of that place and realized that the real magnitude of the education he was going to learn in there, isn’t possible at any other place but Harvard.