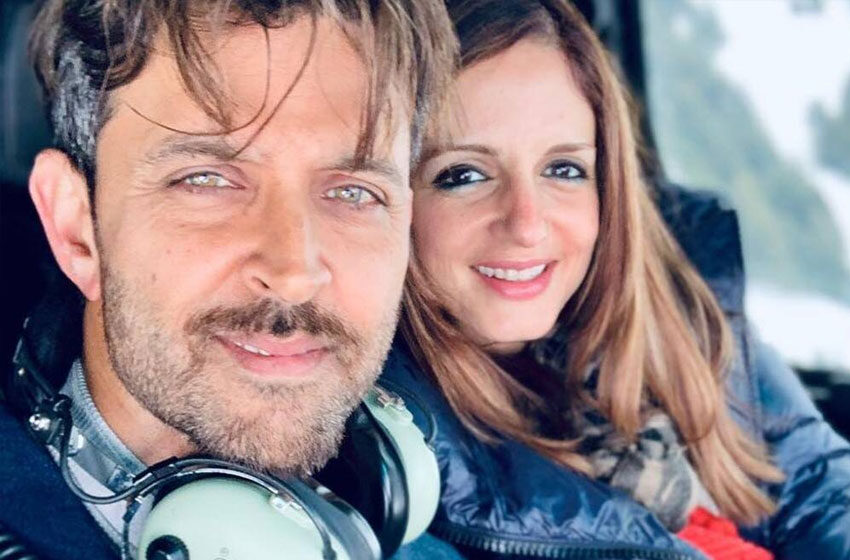 Yes it’s bad and shocking but now it’s true and official that Hrithik Roshan and Suzanne are getting divorce. Rumors have it that unless Hrithik and Suzanne sort it out outside of the court, it’s going to be the most expensive divorce in the history of Bollywood.
Hrithik and Suzanne have finally decided to end their marriage and relationship of more than 17 years. Currently they are separated and Suzanne is living in a separate apartment with their kids. It’s not that far in the history when this couple was listed at the top of the Bollywood’s most dashing and good lucking couples but now all of that is going to over soon. For some of the media and showbiz personalities, it’s not as much shocking as for the rest of the world and especially for Indians. There were many news and rumors in the industry for the past four to five months that this dashing couple has been separated and Suzanne is living in a separate place and their marriage is soon to be end but Hrithik always denied this news and always tried to kill the buzz but now he is the one who has announced this news to the world.
Despite of their more than 17 years long relationship, there is something between them that is going to cost some dramatic scenes and unpleasant fights for money and child custody issues. Roshans are one of the richest families in India and their property is worth nearly 5,000 crores including all the real estate and businesses. On the other hand, Hrithik owns more than 1,500 crores worth property and businesses which he is going to share with Suzanne in order to settle the divorce. It’s not very official but the apartment that Suzanne is currently living in with their children is worth more than 25 crores and Hrithik owns this place too. It’s not very clear up until now as the case is not in court and there are still no hearings but some are saying that it will cost Hrithik almost half of his property to compensate Suzanne and the Roshan family will pay the damages separately to their daughter in law.
In the past there were some news about this happy couple that they are not that happy and Suzanne was seen a couple of times with Arjun Rampal who is a good friend of Hrithik and also a famous actor of Bollywood. They both denied all those news but now that hrithik has announced his divorce, there are some rumors that this is because of Arjun and its Suzanne how wants divorce.
Arjun, who is a well-known actor and good friend of Roshans, stated officially that he has nothing to do with all of this. The news of separation between Hrithik and Suzanne was as shocking to him as to others. Deeply in his heart, he is sad and hurt because of their separation and more because such a beautiful couple is going to end their 17 years of relationship. He also requested that this is a hard time for both of them, Hrithik and Suzanne so we shouldn’t be talking about this kind of rumors.