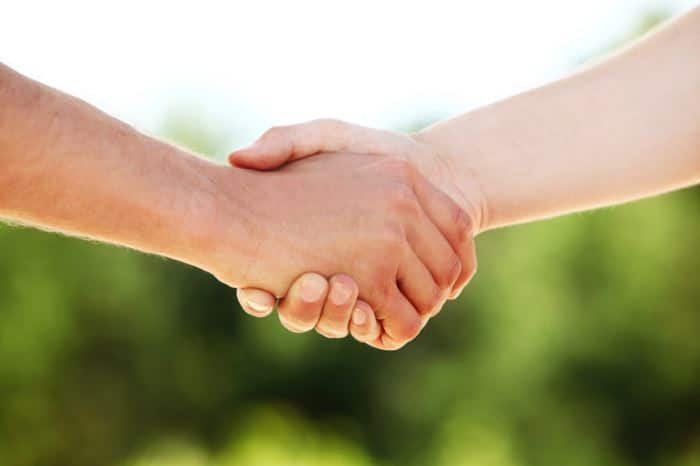 Prince William and his wife, Duchess Kate Middleton, are on their trip to India, doing various cool things like visiting orphanages and feeding endangered animals. But the biggest news of this visit of the royal couple to the mystical land – strangely – involves the firmness of a handshake. Read on.

Unless you’ve become a saint and disconnected from the rest of the world over the last two weeks, you know that Prince William and his wife, Duchess Kate Middleton, have embarked upon a trip to India. This is part of their royal duties – no one really knows the extent of these royal duties, so don’t ask us to list them out – and they’ve been doing a lot of travelling around the country.

They visited the Taj Mahal. Duchess Kate fed cute baby rhino at a conservation centre in Kaziranga, which is a national park that houses the world’s largest population of one-horned rhinos. They visited a local village and spoke to orphaned children and were shown painted elephant figures that signified the unity of England and India.

They played soccer with kids in Mumbai. They saw a dance show. Kate did some shopping, learnt how to weave in a small village called Panbari. Prince William fed some endangered baby elephants and spoke about the need for conservation of animals, and the need for all of us to stand up against poaching.

While all this nice stuff was happening, do you know what social media was preoccupied with? Can you take a guess? We bet you can’t.

Everyone was talking about how firm a handshake Narendra Modi has.

The story goes that on welcoming Prince William and Duchess Kate, Prime Minister Narendra Modi (naturally) shook PrinceWilliam’s hand. And the world knows about how firm a grip the Prime Minister packs into his handshakes. In fact, the pictures that have done the rounds documenting this moment show quite clearly the white marks left behind by the Prime Minister’s handshake on the Prince’s hand.

Now, okay, we get it, it’s funny. It’s even newsworthy, after a fashion in this era of social media. But really, we do think we have better things to do than focusing on something so trivial when the prince and duchess are doing so much more on their royal duties.

The Prime Minister of India has a firm handshake. We say so what?