Does the mention of colors, sweets, bhang, music and festivities ring a bell in your mind? What if we also add to the list a splendid bonfire, humor and fun, all this at the onset of the beautiful season of spring? What you get is the recipe for an amazing time with family and friends, no matter where you are. It’s not difficult to understand the association as it all points to one of the most beloved festivals of India – Holi. This centuries old festival is most synonymous with colors and is now rapidly gaining popularity all around the world. What could be more beautiful than a festival that celebrates the colors of joy and happiness and good over evil?

Though the meaning and significance of the festival remains the same, there are various ways in which it is celebrated not just in different parts of the world by the Hindu population but also in quite a few interesting ways in India! But before we go into the modern day adaptations of this festival, let us familiarize ourselves once again with its historic significance. According to legends, the name Holi is derived from Holika, sister of the demon King Hirankashyapu, who assumed that he was God and wanted the whole world to worship him. His Son Prahlad, a devout worshipper of Vishnu, did not accept this and was ordered to be killed by Hirankashyapu. After escaping unscathed from multiple tortures, Prahlad was finally ordered to sit in Holika’s lap, while she sat on a burning pyre. Since Holika had this gift of not getting burned by fire, this seemed like a fool proof plan.However, Prahlad’s devotion and prayers turned everything around and made Holika burn instead of him. The festival of Holi marks the celebration of Prahlad’s victory over Holika.

In the North of India, especially Uttar Pradesh, where the festival is most looked forward to, Mathura is one place where people want to be most during this time. Being the birth place of Lord Krishna, the festival is observed in full swing in this part of India. It is celebrated over sixteen days with various rituals and worshipping Lord Krishna in the grandest way possible in various temples dedicated to Him.

Barsana is another city in Uttar Pradesh, where Holi is celebrated in a unique fashion. It is not the friendliest rendition of the festival, but all in the name of fun! Here, women are free to hit the men folk with sticks as a custom. Also known as Lath Mar Holi, it takes place in and around the compound of the only temple dedicated to Radha in India called the Radha Rani Temple. After performing the customary pooja, people go out on the street, dressed in their traditional best and ready for some action. This is one time of the year when women get a chance to be themselves. It is said that in ancient times, Krishna visited Barsana to meet Radha but was chased down by her friends with sticks. This inspired the people to take it forward and perform Lath Mar Holi every year in remembrance of the exploits of Krishna and his interactions with Gopis. Other notable places to get a glimpse of actual Holi celebrations are Vranasi, Vrindavan and Lucknow.

In the nearby state of Bihar, Holi is equally important. It’s time for people to be with family and friends and to welcome spring with warm hearts. The eve of the festival finds people assembling around common bonfires in their localities. The next morning begins with the play of colors, especially liquid colors and consuming drinks like thandaiand bhang. Everyone is expected to be outside of their homes and participate in the play. When evening falls, people clean their houses, get ready in new clothes and visit friends and neighbors to wish them a prosperous year ahead. Sweets and savory delicacies are also prepared for the occasion and shared with each other. Standup comedy acts are also organized at various places during the evening.

Gujarat’s Holi is one to look forward to, as well. Apart from all the regular customs of Holi, here people also remember Krishna, stealing butter from the Gopi’s houses as a child and try to reenact the scenario in a more lavish form. Groups of people assemble at cross roads where a pot of butter will be hanging high from a cable. All the boys from the community, who are willing to participate, make giant human pyramids in order to reach the pot. Women on the other hand try to distract them by throwing colors at them while they attempt to reach and break the pot. The boy who ultimately manages to do this is crowned as the King of Holi.

Bengal’s enthusiasm for the festival is paramount as well. People here worship Lord Krishna and Radha with much aplomb as the rest of North India. In Bengal, Krishna’s iconic swing is given importance and the idols are placed on adorned swings while people flock to worship and get and a glimpse of their Lord. Traditional music is played and colors are to be found everywhere. Mouth watering Bengali dishes are offered to the Gods on this occasion. In Maharashtra, the day of Holi is marked by the bonfire and offerings being made to the fire God, better known as ‘Agnidev’. People collect fire wood and money before the festival, which is utilized in mass bonfires in the evening. The play of colors does not take place on the same day as rest of the country, rather five days later.

It is this excitement and enthusiasm of Indians about Holi that has made the world take notice of this beautiful festival. With Indians reaching all corners of the globe, Holi has also spread around the world,especially in countries like America, UK, Trinidad and Tobago and Australia. Indian communities in Australia have started organizing Holi gatherings and celebrate the festival with zeal. It is also popular among college students, who promote it with events on campus and spread the message of this unique festival. Also, it is great to see locals participating in these events along with their Indian friends.

Holi is not just a festival of customs, it’s an occasion on which people let go of social formalities and forge new friendships. It is one of the most fun filled festivals that find people in great spirits everywhere, irrespective of their origin, caste, age or gender. It’s not for nothing that Bollywood has managed to make millions over this one festival!

A Bollywood Song At Tokyo Olympics! 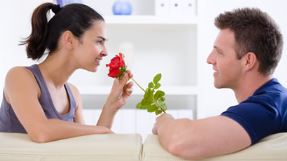 In the first ten seconds after meeting a lady for the first time, the average man will spend more than...