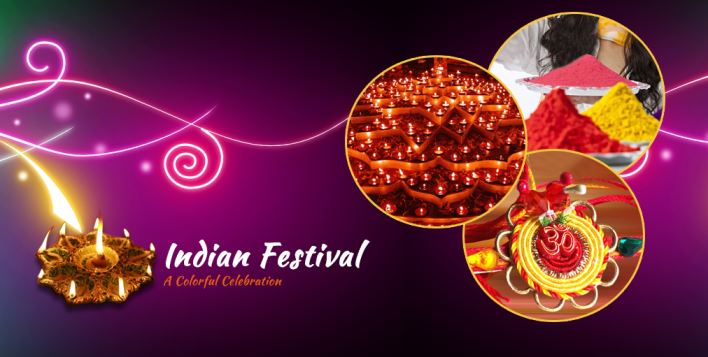 The Indian festival season is here. September, October and November are generally three months that pass by in a blur if you’re Indian, because three of the biggest festivals in the Hindu calendar happen during this time. They’re Diwali, Dusshera and Ganesh Chaturthi. Add to the mix Id and Christmas, which occur in September and December respectively, and it’s just complete mayhem.

Dusshera and Diwali are known to be the ‘twin festivals’. The former is celebrated as the occasion of Rama the king of Ayodhya slaying the demon king Ravana and rescuing Sita. The latter celebrates the killing of the demon Narakasasura by Krishna in the company of his warrior wife, Satyabhama.

In different parts of the country, Dusshera festivities include burning of the Ravana idol, and processions of Mother Durga. The Durga Puja in Calcutta is world-famous for the number of devotees it attracts every year. Diwali is the one constant across the length and breadth of India, where every house lights an earthen lamp on its porch to invite Lakshmi, the Goddess of wealth. Crackers are burnt to usher in an age of happiness and peace.

Ganesh Chaturthi is the celebration of the birth of perhaps India’s most favourite Gods, the elephant-headed Ganesha. In every house of India, you will find many, many idols of Ganesha on the mantelpiece or display shelf. Legend has it that he lost his head in a fight with his father, Shiva, for the honour of his mother, Parvati. Plagued by regret and sadness at having killed his own son, Shiva then replaces the lost head with that of an elephant.

Many of my favourite childhood memories are closely tied to one or the other of these festivals. I still remember my mother placing a book in front of a Ganesha idol when I was four or five and getting me to repeat a Sanskrit verse with my eyes closed and hands joined. Every Dusshera, my parents would take me to a fair by the foot of the hill to buy trinkets and small toys. On Diwali day, mom would wake us up at dawn and light the first lamp. Later in the day we would go cracker shopping.

Ultimately, then, this is probably the most important part of festivals: the sense of family, of belonging, of community. The underlying message of Id and Christmas is also this, that we must all spread a bit of love to the world around us while we’re here, and perhaps then our lives will move further toward the light of peace and joy.

In that spirit, happy festival season, everyone! Do not forget to have fun.