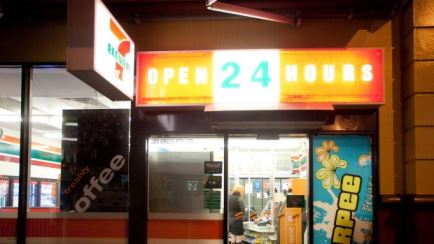 Convenience store chain 7-Eleven has been the subject of a recent ABC report on Four Corners, where allegations suggest that there is widespread flouting of wage and visa laws when it comes to employing foreign students.

It seems to be the season for disgruntled employees complaining about their current or previous place of work. A short time ago, Amazon, the global online marketplace, had to ward off claims in mainstream media from former employees that painted a grim picture about working at the company. Now, closer to home, it seems to be the turn of 7-Eleven, the convenience store chain.

A whistle blower has described the billion dollar franchise as having a model that does something ‘not much different from slavery’. Last month, ABC’s Four Corners program revealed widespread exploitation of 7-Eleven staff, including underpaying them and forcing them to work for longer than they’re permitted under visa regulations.

The report noted that the majority of the chain’s workers are foreign students who are allowed by their visas to work for no longer than twenty hours per week, but the investigation found that it was not common for some workers to work way beyond that figure. There were a significant number of payroll compliance issues as well.

The problem is that the chain may get away with these allegations because employees who work long hours at the company may be scared to step forward and admit that they have been flouting visa rules. Unless amnesty is offered to these employees by the Government, and a promise is given that their visa status will not be revoked, they will not admit to any wrong-doing. In fact, they may even side with the company and become their spokespersons.

Some reports allege that many of these workers are paid as little as $10 per hour, way below the standard rate of $24 per hour. For their part, 7-Eleven claims that the problem is not widespread, and that ‘relatively few’ employees across the organisation are at fault. The company has set up an independent panel to help staff recover any lost wages.

It will be interesting to see if the Labour Government offers any amnesty to the employees to encourage them to come forward.