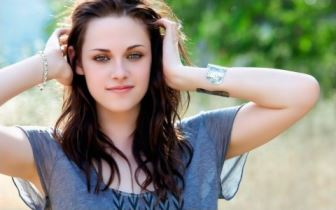 ‘Twilight’ starlet Kristen Stewart bluntly confessed that she does not fancy wearing make-up but has a strong penchant for eye-liners. She strongly believes in keeping a natural look and wears make-up only for special occasions as has been reported by E!Online.
The 23-year-old star appeared before media and expressed her desire to keep a natural look without much make-up as heavy make-up is something that she has never liked. She prefers to keep a messy look which is why; she always has black eyeliner in her bag. Furthermore, she revealed that a part of her daily chore is to wash her face before going to bed but she never cleans the area around her eyes as it looks superb in the morning.
Kristen has always loved dressing up for shoots as well as movie premieres. Bold-eye make-up is something that she always prefers provided that it suits the nature of the event.