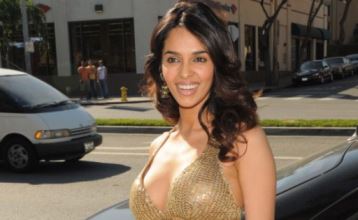 It seems Mallika Sherawat is flying high in the international circuit as she has been invited to participate and present her views at the esteemed and exalted Oxford Union, Oxford University, UK. The motion for the debate will be something that she can easily relate to i.e. ‘This house believes gender exists to oppress’. This might just be the best opportunity that has come in the way of the Bollywood actress who has been quite popular in the international circuit over the past decade.
Mallika will be hosting some of the most influential luminaries at the Oxford Union and will be giving a different angle to the whole debate by throwing light on the women’s rights in India. The event has been slated for 27th Feb, 2014 and Mallika is engrossed in preparing for the same. She expressed her desire to bring up issues such as downfall in the rate of conviction of rape cases.