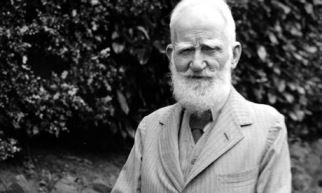 George Bernard Shaw, the genius Irish playwright, had famously produced this gem of a quip while defining a cigarette: “A smoke at one end and a fool at the other”. Any smokers reading this should not be offended. I was just quoting from a genius whose native place is the same place as many of your forefathers. When I was a teenager, one of the biggest symbols of manhood was smoking and the Marlborough Man was the poster boy. But after dabbling a bit out of juvenile curiosity and finding that this is not going to improve my chances to be popular among girls, I called it quits even before I started. Because I realized it’s a big myth. Instead of getting girlfriends, supposedly owing to my macho image, because of smoking, chances were more likely to keep them away owing to the not so pleasant experience a girl may have while kissing. At that age, like every other guy, since the priority was to look good and be macho, I decided to quit. I know this sounds a bit lame and too easy. Even Mark Twain is in agreement with me when he said, “It’s so easy to quit smoking, I have done it many times”. I know the feeling.
Still the peer pressure was tough. When the majority of the friends you hang out with were suckers, er smokers (Freudian slip), it was really a challenge to stay away. Trying to talk sense to a group of teenagers is akin to preaching Gospel to Taliban.  And then I heard about passive smoking. My love for the health of my gang members paled in comparison when mine was on the stake. Then help came from the most unexpected source. Yes, the Marlborough man, the Crocodile Dundee of US Cow Country. In the 1920s, advance in science and research made people aware for the first time of the deadly ill effects of smoking. And Philip Morris & Co came up with filtered cigarettes targeted at female smokers. So, all you macho Alpha males beware, you are dragging on an almost a century old used product for the feminine kind. To change this “sissy” image (pardon my anti-feminist slur), advertising giant Leo Burnett came up with the Cow Boy American hero and thus Marlborough man was born. Well, cut back to the nineties. I was surprised to see Wayne ‘Marlborough’ Mclaren, the Cow boy hero, testifying against one of the largest Corporations in the World, Philip Morris. He was dying of cancer, and so were the other two earlier Marlborough men, David McLean& Dick Hammer. The poster boys for cigarettes became the Grim Reaper images for the smoking community. The cigarettes were termed Cowboy killers. All of this was vividly narrated with an ample dose of exaggeration by me to my friends. Today, years later, I can say in hindsight that I managed to save a few lives, including mine. (None of my friends is going to  admit it, let alone give me the respect ought to be given to a life saver.)  Though my intentions were far from altruistic and were rather self-serving, means justify the ends, mate.
Another trump card I was able to use was to hit below the belt. Yes, for youth with a one track mind, anything to do with libido is serious stuff. So when I did my usually boring (to them, not to me) unsolicited knowledge-sharing session on how cigarettes can reduce semen count and thus sexual drive, boy, I realized then that for a youth the most important and potent tool he think he has – is virility. That misplaced stud feeling of the generation next is what today’s deodorant advertisers manipulate by prompting that users get chased by hordes of women. I can assure you that it didn’t work for me after wasting four cans. I axed the idea. So, coming back to our cancer stick story, I did a slam dunk, a home run, a last ball sixer, all in one when I dropped the bomb on the smoking sex drive correlation. I ignored the spoilsport tag. I realized one big truth in marketing management which will help me in my future career later. You want to drive home an idea? Don’t waste your breath and energy on the good features. Hit where it hurts most. What could go wrong if you do this?  Now, whoever reading this who are not in their youth and are not exactly “anxious” about performance matters, to them then I highly recommend a movie starring Russell Crow, Al Pacino with Christopher Plummer: The Insider. Every cigarette is subjected to a treatment where a negligibly tiny amount of a drug is added which gives you the craving for more when the smoke hits the blood stream. You are actually being drugged, legally. Even that movie ending suggests how powerful the cigarette lobby is.
For those who are trying to quit and have tried umpteen times and failed miserably, this may cheer you up from a fellow wannabe quitter. “Nicotine patches always work.  Stick one over each eye and you can’t find your cigarettes.” With the Ashes series not exactly going the Australian way, let me cheer you up with a cigarette quote from George himself, who was my inspiration for this write-up. Here is his googly on the Poms. “If you eliminate smoking and gambling, you will be amazed to find that almost all an Englishman’s pleasures can be, and mostly are, shared by his dog.”
My parting note to the young crowd hooked on to tobacco is this: Cigarette companies market heavily to young people. They need young customers because their product kills the older ones. It is the only product that, if used as intended, kills the consumer.