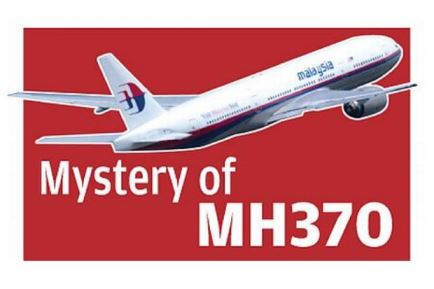 In March 2014, Malaysian Airlines flight MH370 suddenly dropped off the radar and vanished into thin air. To this day the remains of the plane have not been found. In this piece, we tell you about research in a Texas university that attempts to explain why.

Malaysia Airlines flight MH370 has been missing for more than a year now, but its traces are yet to be found. Now, a Texas A&M University professor of mathematics has put forward a theory as to why this could be. The main thrust of the argument is that the flight could have nosedived into the Indian Ocean at a ninety degree angle, which has caused it to descend to the bottom of the ocean while staying reasonably intact.

At 1:30 A.M. on March 8, 2014, the plane carrying 239 people dropped off air-control screens and literally vanished into thin air, less than an hour into a flight from Kuala Lumpur to Beijing.

One of the biggest mysteries surrounding the incident has been that despite experts tracking the flight’s satellite pings to the Indian Ocean, searchers have not found a debris field or oil slicks from the crash. This is quite different to the Air France Flight 447, which crashed in 2009, only for debris to float to the surface of the water just a few days after.

Professor Goong Chen, who has been looking at this curious mystery, explains that if a plane enters the water at any other angle, there is sufficient bending moment from the external force of hitting the water, and there is enough force to break up the fuselage and cause a field of floating debris.

However, if the plane was to enter a water body at a ninety-degree-angle, in a vertical motion, the bending moment would be much smaller. The plane’s wings would have broken almost immediately, but since they’re heavy, they probably would have sunk to the bottom of the ocean. So if the plane had nosedived into the ocean, it would have sunk all the way down to the ocean intact, and would have settled belly-up on the ocean floor. In this scenario, even lightweight debris like seat cushions and passenger belongings would not be able to float to the surface.

Though the explanation is speculative, it seems to be the best theory so far on why the remains of MH370 have yet to be found.