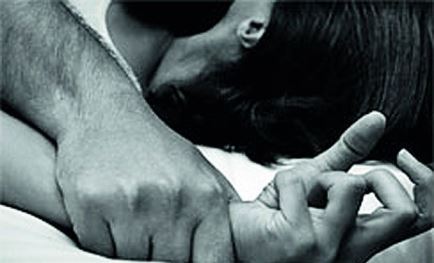 Recently three Indian engineering students developed underwear for women that is designed to release up to 82 electric shocks to save the wearer from being raped. There are many questions that need to be answered about rape and sexual violence before we devise such solutions. Is this culture of sexual violence prevalent everywhere? Who are these people who choose to commit such an inhuman offence and why? What can be done to get rid of this ailment from society? Is it possible to get rid of it completely? How sensitive is the public and how fair is the legislation about this issue?
Unfortunately, we have to admit that the crime of sexual violence is deeply rooted in all cultures. The only differences between cultures can be found in the social and judicial attitudes towards the victim and the offender. Inputs from experts and statisticians reveal that generally the offender is not a big black unknown monster but an acquaintance or someone from within the victim’s close circle. More than half of sexual violence cases are not reported.
‘Rape culture’ can be defined as a generalised system of social governance in which the victims of sexual violence are not trusted. On the contrary, many a time they are blamed and are expected to tolerate the system in which there is no safety or justice for them.
The victim of the gang rape in India, Jyoti Singh Pandey, did not die because of sexual abuse. She died because of the rusty L-shaped jack-handle used to penetrate her. When she was found, 95 percent of her intestines were outside her body. Same goes for the incident of Steubenville where boys used their fingers to rape Jane Doe. None of these abusers could possibly have achieved any sort of sexual gratification from these violent attacks.
Mostly, rape is not about sex but power. Abusers want to take control of the victims and punish them with whatever tools they can find. If their own leather tool is not useful, they will find another one. They will never let go of a victim for want of erection or desire.
Everybody wants a solution for this most humiliating problem, and three engineering students, Manisha Mohan, Rimpi Tripathy and Niladri Basu from SRM Institute of Science and Technology in Chennai, India, tried to design one. They have developed the prototype of an undergarment that provides women with an additional layer of protection in unwanted circumstances. The underwear, knickers and slip, known as Society Harnessing Equipment (SHE), can release shocks to the abuser given that abuser has not used any tricks to remove them.
Their answer to the question why they have developed such equipment was: “Lawmakers take ages to come up with just laws and even after that, women are unsafe. Hence we have initiated the idea of self-defence, which protects women from domestic, social and workplace harassment.” It can be compared to a modern chastity belt which empowers women to defend themselves instead of relying on someone else.

Whether they work or not in a real life scenario remains to be seen. Perhaps a better way to confront the situation is by understanding the complex interplay of social and emotional stimuli that give rise to the rape impulse. Solutions like the ‘shock underwear’, one can’t help but think, are but temporary and reactive.