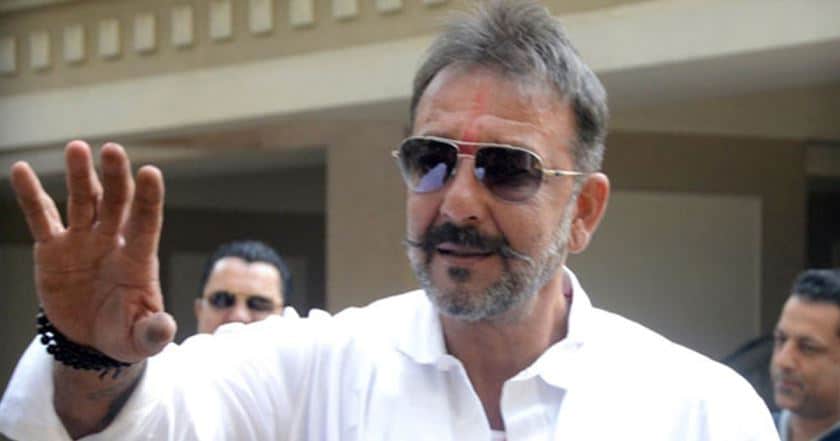 Sanjay Dutt has been released from the Yerwada jail 144 days before his full jail term, which he earned back in 1993 for illegal possession of arms. We look at his life in prison, and we also throw a forward glance at how his professional career may turn this year.

Yes. Sanjay Dutt has once again been given a bail.
No one can say whether this is the last of a long line of bails given to the Bollywood actor. After being first arrested in 1993 for the first time for illegal possession of arms, he has been granted bail no less than four separate times. This one is the fifth.

Good behaviour in jail
After being moved to Yerwada jail in May 2013 to finish his five-year jail term, it said that the actor has been on his best behaviour, after realizing that it is his most accessible method to gain a bail and a reduction in term. And since his good behaviour has been satisfactory, he has now been granted a remission of 144 days.

Outrage on early release
As expected, television channels and other media in India went up in outrage at the early release of Sanjay Dutt, questioning whether his star status had anything to do with the bail. But the pragmatic answer is that Dutt can afford the lawyers who are willing to find clauses in the law book that their client can use. It is just a matter of being able to pay the lawyers who will fight your case.

Literature and spirituality
During his time in the prison, Sanjay Dutt is said to have indulged in a lot of reading – both newspapers and books. His favourite among fiction were the Hindi books of Munshi Premachand, and since his cell did not have a television, he is said to have filled up the time with reading newspapers and keeping himself up to date on how the outside world is progressing.

Making bags and earning money
Dutt also earned money by making bags from newspapers that the prison guards gave him. For every 100 bags, he would earn a sum of 45 rupees. The star’s lawyer also claimed that he earned a spiritual inclination while in prison, because prison leaves a person with a lot of time to sit on their own and reflect on what they have done. Sanjay Dutt also made a habit of presenting a programme on Radio YCP, the prison’s internal radio station, where he would read out his own scripts and speak of reforms.

A storyteller in prison
Dutt used the radio station as a platform to exercise his dormant storytelling muscles, but he also spoke about the importance of the law, the justice system and the necessity of prisoners to respect it. One of the recurring themes of his radio programme were the rhythms of prison life, how prisoners could survive it, and how rehabilitation can happen once the prisoners leave to become part of the real world.

Meanwhile, Sanjay Dutt is on his way back to life in the ‘real world’ (as real as it gets for a Bollywood star), and here are a few things on his plate in 2016 professionally. The industry’s welcome back for one of its own has been muted and cautious, but the following films will do a lot to make him feel like he has never left. Not to mention his legions of fans will now have some good news to look forward to after all the trauma.

1. A biopic
Sanjay Dutt’s biopic is on the cards, and it is going to be produced by Vidhu Vinod Chopra, Rajkumar Hirani and Dutt himself. This movie will depict the positive sides of Salman Khan’s life, and if the rumour mill is to be believed, Ranbir Kapoor is being roped in to play the angst-ridden actor.

2. Munnabhai 3
The third instalment of the beloved Munnabhai series can now be okayed without any problem, now that the lead actor is free to play the role. Abhijat Joshi and Vidhu Vinod Chopra are already advancing on the writing of the script, and shooting will begin as soon as possible. Given this, the movie may not release this year, but it’s something to look forward to for sure.

3. Total Dhamaal
The third part of the ‘Dhamaal’ series is also in the pipeline. After Dhamaal in 2007 and Double Dhamaal in 2011, Total Dhamaal will attempt to recreate the same slapstick comedy of the first two movies. The release date has not been fixed yet, but it is expected to come out sometime during 2016.

4. Hasmukh Pighal Gaya
This off-beat movie will be produced under Sanjay Dutt’s own production banner, to be directed by Sejal Shah. It is rumoured to star Anindita Nayar, Abhishek Bachchan, Sanjay Dutt and Rocky Verma among others. While there are reports that this project may have been shelved, Dutt’s release may just spark it back to life.

5. Something with Salman Khan?
Salman Khan and Sanjay Dutt are known to be great friends off screen. Immediately after his release, Dutt has been spotted partying with Khan at the latter’s residence. Given the years of friendship and the recent bonding, is it too speculative to ask if a modern-day Saajan is on the cards? It might just be, but the duo should find a leading lady as charismatic as Madhuri Dixit first.