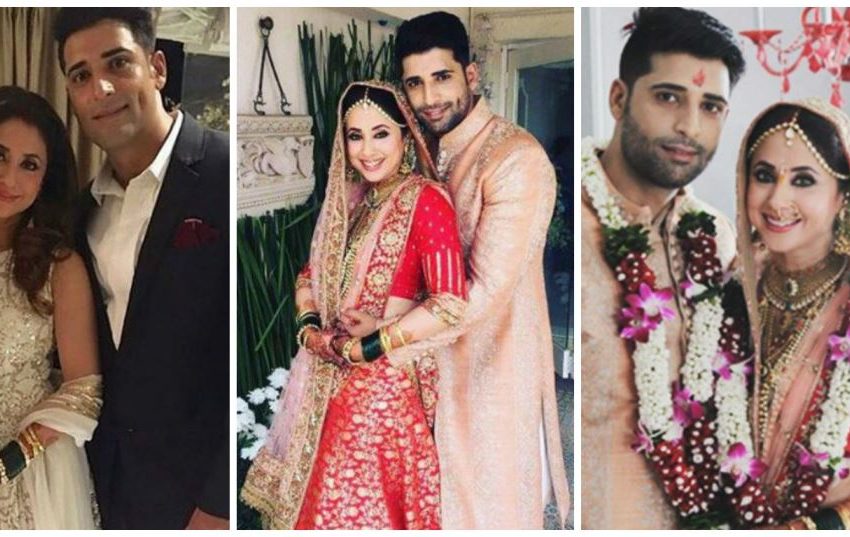 After the spate of breakups that rattled Bollywood early on in the year, now is the time for some good news on the love life front. Preity Zinta got married in February, and now it is Urmila Matondkar’s turn. We tell you all you need to know about how the Rangeela babe was wooed by her man.

Looks like it’s the season of weddings in Bollywood. Recently, Preity Zinta got married to her boyfriend, Gene Goodenough (yes, just about every joke you can think of with that name has already been cracked). And now, Urmila Matondkar, the Rangeela girl, the Daud damsel, the sexy siren of the 1990s, has gotten hitched too.

The husband’s name is Mohsin Akhtar Mir, he hails from Kashmir, and he is currently beginning his career in showbiz. On Marsh 5, the couple got married in a low-key ceremony according to Hindu rituals. They will also consummate their marriage according to Islam law soon enough, sometime during this month.

No other people from Bollywood attended the wedding.

‘We wanted to keep this an exclusive affair,’ said Urmila, and when asked if she’d like to work after marriage, she said that she has always been open to work as long as the right kind of it came along.

The couple is said to have met sometime in 2014, at Manish’s niece’s wedding, and Mohsin fell in love with Urmila straight away. Though the latter was not certain about the relationship, it is Mohsin who apparently wooed her off her feet with a wide variety of gestures, like taking her on food dates, pampering her with gifts, reciting poetry to her, and keeping strictly off-limits when it came to passing judgements on her acting career. After all, she’s the senior in that department.

He is known to like her for who she is, without being in awe of her stardom or celebrity status.

The portents seem to be all good for Urmila and her husband, as they begin a journey together, hand in hand. We wish the actress all the very best, and we do hope that this development will result in an upward swing in her professional life as well. Frankly, we miss seeing her on the big screen. Congratulations, Urmila!