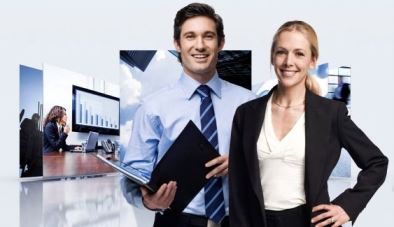 There was a time when a stable salary, job security and rigid hierarchy were the watchwords of a typical person’s work life. But now, with the explosion of the information age, people seem to want different things from work, and to cater to these needs, the nature of work itself is changing. We look at how in this short piece.

Since the discovery of agriculture and the evolution of community-style living, human beings have been working. Now that growing of food could be outsourced to farmers, it was time for everyone else to pick up their own specialisations. If you knew that your village needed pots and that you could try your hand at pottery, you did it. Same with blacksmithing and weaving and so on.

From those humble beginnings, work has come to consume human life as we know it. Now, leisure – once it was all that we had – is an extremely rare, precious commodity. And since corporations have come up to employ all of us, we have come to speak of this thing called ‘work culture’.

It keeps changing, this ‘work culture’ thing. From generation to generation. Sometimes from year to year. Here are a few things that have changed in the definition of this ephemeral term from last generation to now.

Be happy you have a job
In India, getting a job is a huge reason for celebration in every middle class family. My father-in-law worked for the same public service company for forty years before retiring, and when his daughter decided to take a break three years after joining her first job, he was aghast. ‘Today’s generation,’ he fumed, ‘doesn’t know the value of security because you never had to work for it.’ What has happened, of course, is that we’ve moved from an era of job scarcity to one of abundance. So today’s generation is less scared of losing their jobs than the previous one was.

Working hours
Until about a decade ago, office time meant office time. You went in at the beginning of the day, punched in your clock, and returned in the evening with your work left behind at the office. Which meant that when you were not working, you were switched off in your mind and had an opportunity to reconnect with your personal side. Now, however, with the proliferation of mobile phones and social software, you never actually turn off your ‘work mode’, which means there’s less and less to go around for your personal life.

Flexibility
The flipside of longer and fluid working hours is the buzzword called flexibility. Corporations today are lax about sick leaves and where you work from, as long as you get the work done. Whereas our dads had to fret over asking their bosses for leaves, today it’s a far easier job, but your boss will expect the work to be done, so the message here is that you can go do whatever you want as long as the task is not left unfinished. Is this a blessing or a boon? No one seems to know for sure.

Is pay important?
The idea that work should be innately fulfilling is something that has come up quite recently. I’ve never heard my father or grandfather (both doctors) either bemoan their fate for being stuck in a passionless job or celebrate for getting paid for doing something they love. They seemed to have an understanding that work was something you did to get paid, and that was that. Love had nothing to do with it. However, in our millennial generation, a pay check is never reason enough to do a job. We’re more motivated by passion, meaning and other intangibles.

Dissolution of boundaries
Offices and workplaces before used to be self-contained units. All of your colleagues live in the same town. They watch the same movies, speak the same language. They live the same lives. But the modern workplace is truly global, and part of your immediate team could well be located on the other side of the world and speak a whole different first language. This means opportunities in cultural awakening, but also deep challenges as we grapple with our differences and time zones.