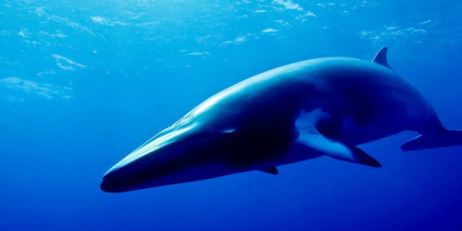 We take birth, we grow old, we die. That has been the narrative of human life for millennia. Ageing is a natural process that we cannot change. But wait, a group of scientists are studying to long lives of bowhead whales to see if we can pick up some of their tricks to dodge the spectre of death.

Living to be two hundred is something possibly every human being on the planet today wants to do. Long life and ageing don’t have to be such ruthless natural processes; there are enough animals around us that live for much longer than that. For instance, whales tend to live for 200 years on average.

In 1881, thirty years after the publication of the classic whale hunting novel, Moby Dick, a group of Alaskan whalers set out to the seas to tame their own giant. They found a male bowhead whale, the second largest mammal on Earth. They were armed with what is called a ‘bomb lance’, which is fired with gunpowder on impact to pierce through the tough whale blubber.

They even shot at the whale, not once but three times, but the whale just shrugged them off and disappeared. It is said to have roamed the ocean for 120 years after that, until in 2007 when a group of Inupiat hunters finally caught the beast. What did they find embedded in its tough skin? Fragments of the original lance that belonged to the hunters of 1881.

No signs of ageing
While these whales live to be at least 150 and some even make it past the 200-year-mark, the remarkable thing about them is that they don’t show any signs of ageing that human beings do. That means no weakness, lethargy, dementia or muscle atrophy. They live in the wild without any access to technology that human beings do, so doctors think that they must be naturally immune in many ways to age-related illnesses.

The mystery of ageing
Ageing is the great mystery of medicine and biomedical science. Almost all chronic human diseases occur due to ageing. And yet very little is known about the why and how of it. While much of medical research today focus on individual diseases such as cancer, Alzheimer’s and diabetes, shifting focus toward ageing and trying to tackle that problem could bring down the incidence of all these diseases at once. Ageing is also the most common reason for human suffering and death, so understanding it could improve human longevity.

The plasticity of ageing
While we’ve come to think of ageing as a natural process that cannot be delayed, biologists have managed to slow ageing in lower animals like mice and roundworms by means of changing single genes within their DNA. While the same techniques may not work in higher animals, it at least tells us that ageing is a potentially plastic process that can be manipulated.

Potential for cancer cure
Bowhead whales live as long as they can, scientists say, because they have an in-built body mechanism that prevents cancers from forming in the first place. Every time a clump of cells grows to a certain size, there are ‘policemen’ in the whale’s body that dissolve them. It has been found which gene codes for their proteins. The next step is to see if the same technique helps with human tissues.