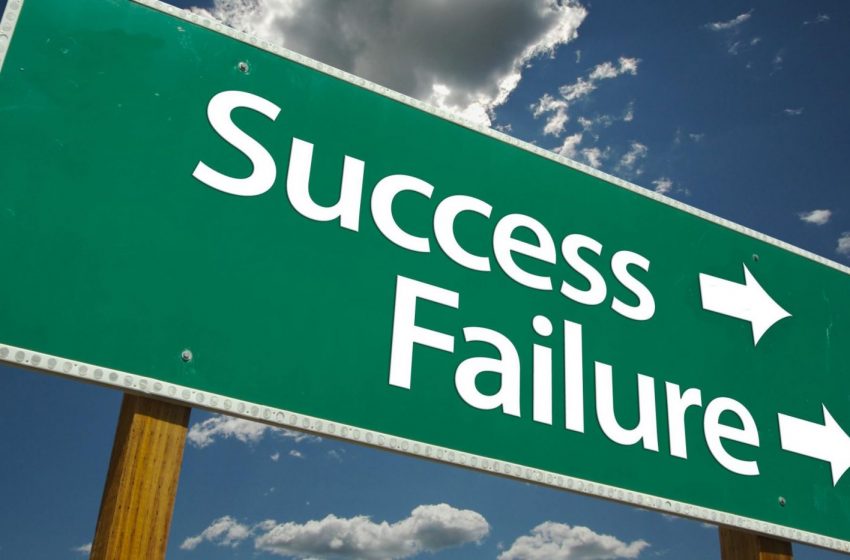 ‘I have not failed,’ said Thomas Alva Edison, perhaps humankind’s most prolific inventor. ‘I’ve just found 10,000 ways that won’t work.’ A fear of failure is deeply ingrained in our minds right from the beginning, where in our schools failure is ostracised and success celebrated. In our adult lives, too, the biggest mental block which stops us from trying new things is a fear that we might fail. Edison is trying to tell us here that failure is as natural a consequence – and a more common one – of trying as success.

Failure as necessary stepping stone to success
No one succeeds at something at the first time of asking. If we are to gain success at any endeavour, we must expect, accept and embrace failure. Only then will we be granted success at anything worthwhile. As author Janet Fitch says in her book, White Oleander, ‘The Phoenix must burn to emerge.’ Perhaps we must all adopt the sentiment echoed by the famous opening lines of Ray Bradbury’s Fahrenheit 451: ‘It was a pleasure to burn.’

Failure as character builder
‘What seems to us as bitter trials are often blessings in disguise,’ says Oscar Wilde, hinting at the redemptive aspects of failure, especially when seen in hindsight. Almost always, failure teaches us more than success, and it acts as a nice ‘centring mechanism’ that gives perspective and humility. Easy success without the required tribulations could lead to many problems too, as Patrick Swayze says: ‘The way to screw up somebody’s life is to give them what they want’. It is right from a character building perspective that our successes come after a thorough test by a string of failures, because otherwise we’re liable to not appreciate it.

Failure as a source of empathy
Have you ever noticed that talking about your successes alienates you from other people while talking about your failures makes you more liked? Friendships deepen over shared suffering and failures. While the success narrative breeds envy, a feeling of superiority and immodesty, admitting and addressing our weaknesses in public reveals an inner strength and humility. Canadian philosopher Jean Vanier, in his book about building communities, says the same thing: ‘I am struck by how sharing our weakness and difficulties is more nourishing to others than sharing our qualities and successes.’

In short, if you want to make friends, be more open about your weaknesses and your failures. Don’t just crow about your successes.

Failure as habit
‘The master has failed more times than the beginner has even tried,’ says author and cartoonist Stephen McCraine. Most people whom we today regard as successful have made failure into a habit. In their daily lives, they fail much more often than they succeed. If we are to have a chance at their success, we must also be prepared to fail on a daily basis. And we must learn to suffer failure with dignity and good humour, for our own benefit and that of people around us.