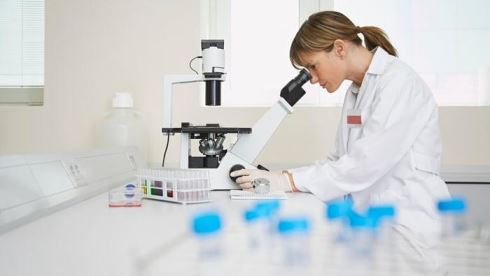 India and Australia have been trade allies for a while, but now, with a Memorandum of Agreement signed by Swinburne University of Technology, epilepsy detection machines will be provided to rural healthcare sectors in India to aid early diagnosis and treatment. There is also a ‘smart helmet’ in the works to increase motorist safety on roads.

Swinburne University of Technology from Melbourne, one of Australia’s well-respected universities, has signed two Memorandums of Understanding (MoUs) that will allow transfer of medical technology from Australia to India in two key disciplines. The state of healthcare in India in terms of technology is not where the government wants it, so it has decided to leverage existing trade relationship with Australia to take some help from the more developed nation.

The first key discipline is epilepsy and its diagnosis. Small Business, Innovation and Trade Minister of Australian State of Victoria Philip Dalidakis, who recently visited India along with other members of government-led Neuroscience Victoria trade mission, said that the university would transfer the technology to Indian healthcare providers soon. The minister also said that Neuroscience experts from Swinburne discussed a medical project with senior officials of Medanta, one of India’s largest private hospitals, as they wanted to improve the diagnosis of epilepsy throughout the country.

The key focus area is going to be villages and remote areas, where local health workers could easily make early diagnosis of epilepsy using the technology that Australia provides. This will enable them to refer patients to better treatment in urban medical centres without losing crucial time.

The second key discipline is the creation of a cutting edge ‘smart helmet’ that can reduce the incidence of head injuries for motorcyclists. Two-wheelers are a popular means of transport in India, and drivers of two-wheelers figure second on the road death toll after pedestrians at the top. Swinburne University will help All India Institute of Medical Sciences (AIIMS) to create a smart helmet that will increase the safety of driving a two-wheeler.

If this comes to fruition, tens of thousands of Indian lives can be saved every year.

The ‘smart helmet’ is designed to be light-weight and incorporate technology to address the issues that currently discourage people from wearing helmets.

These breakthrough agreements demonstrate the world-leading expertise being generated from Victoria’s renowned medical research institutes with technological advances that are adding real public value across the world.

Medical technology and pharmaceuticals are a key growth area in Australia now, especially with the advent of technology and ‘smartness’ into everything. We may be able to see smart diabetes testers and smart hypertension and heart attack detectors before long.

The Labour government, in acknowledging the importance of this sector, as identified it as one of six key growth areas of the Australian economy and to drive jobs in the state of Victoria. The sector currently generates revenue of more than USD 12 billion a year, with USD 1.98 billion in exports alone.