Strong economic growth in India and increased demand for Australian mineral resources and mining equipment, technology and services should generate big opportunities for both countries while presenting significant challenges for doing business.

The latest report in the MCA’s New Frontiers project based on research by Trading Nation Consulting outlines good prospects for resources trade and solid engagement between Australia and India on mining-related investment, mostly based on mining equipment, technology and services (METS). 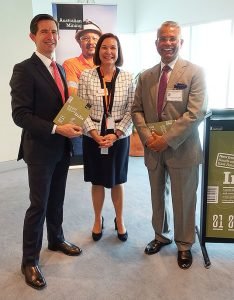 India represents a major opportunity but also presents big challenges for doing business – with inconsistent application of taxes and regulation, onerous bureaucracy and a tough business environment where price prevails over value for money.
These challenges will not disappear quickly, and developing the Australia-India economic relationship will be a bumpy ride.
The report finds that Indian companies are interested in investing in Australian resources and land, but struggle with Australia’s regulatory system and political campaigns targeting foreign investment – with the current focus on Chinese and Indian investment in Australia echoing concerns over Japanese investment in the 1980s.

Opportunities for the Australian minerals and METS sector include:

The New Frontiers project is identifying opportunities for Australia to boost mining and mining services exports and investment in Asia, with reports already released on South and East Asia and Indonesia.
The research conducts country-level stocktakes of trade barriers and other impediments to Australian mining and mining services trade and investment.
The latest report comes as the Australian Government is finalising its India Economic Strategy, and follows the Varghese report which identified resources and METS as a key sector where Australia has competitive advantages in the evolving Indian market.
The mining sector is already Australia’s biggest export industry, generating $181 billion in exports in 2017-18, and Asia is the sector’s most important market, accounting for over 80 percent of these exports.