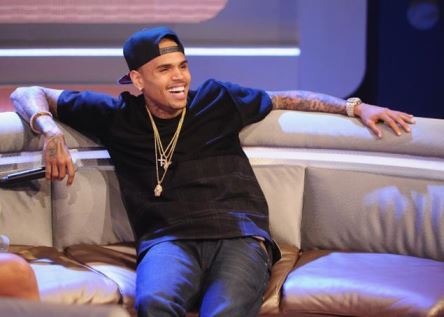 In a recent interview with UK Guardian, Chris Brown got all candid and revealed his crazy sex drive at a tender age. The “Love More” 24-year-old singer revealed that he attained manhood when he was 8 after sleeping with a girl who at that time was 14 or 15. Brown, known for his recklessness called his latest community service order a “bitch” and also talked about his infamous Rihanna beating incident.
While revealing about the loss of his virginity, Brown giggled and told that Mag that it was pretty common in his country as they all used to watch lots of porn which escalated their sex drive. He furthermore revealed that he was never afraid to start a conversation with a girl. Chris Brown amused the Mag by saying,” So, at eight, being able to do it, it kind of preps you for the long run, so you can be a beast at it. You can be the best at it. “
Brown talked about his career and told that he always wanted to become a singer. His talent was recognized by a renowned producer at a tender age of 13 and he went on to release his first double-platinum album “Chris Brown” when he was 15. He went on to confess that the rough stage of his life came up in the month of February 2009 when he was accused of physically abusing his then-girlfriend Rihanna and referred to the incident as a wake-up call.
Now the singer has a Grammy and plethora of hit albums to his name.