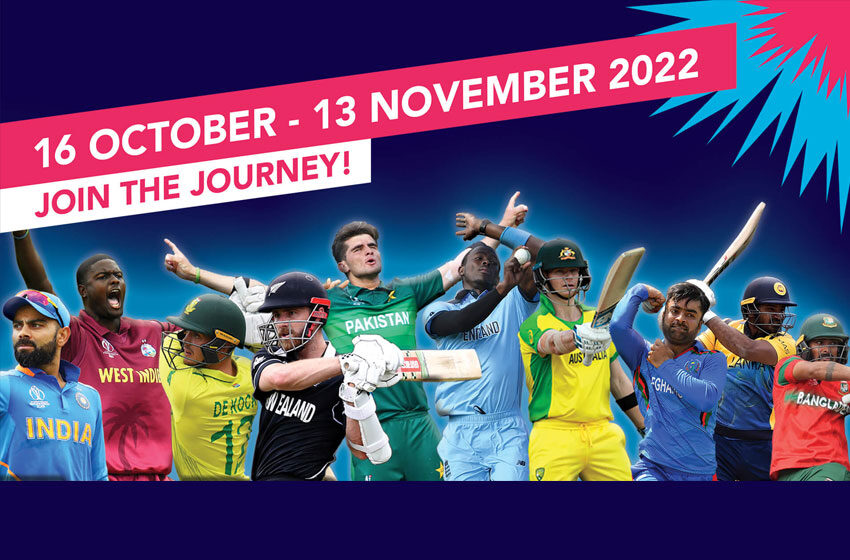 Excitement is building for the ICC Men’s T20 World Cup 2022, with General Ticket allocations for two match-days sold out on the first day of going on sale to the public (Monday, February 7).

General Ticket allocations have all been sold for India v Pakistan at the MCG on 22 October and the double-header that features South Africa v Bangladesh and India v Group A runner-up at the SCG on 27 October.

This comes after 200,000 tickets were sold during the pre-sale period across the 45 matches being played in Australia from 16 October – 13 November later this year.

Such was the demand to see one of world cricket’s biggest rivalries, the allocations for the India v Pakistan match were sold within five minutes of going on sale.

Hospitality packages are still available for both matches at t20worldcuphospitality.com, while travel
packages for both matches go on sale through ICC Travel and Tours later this month at icctravelandtours.com.

Fans are encouraged to join the general ticket waitlist at tickets.t20worldcup.com to be informed should any more tickets become available for these two match-days.

Over 800,000 fans are expected to attend the global showcase for men’s T20 cricket when it comes to Australia for the first time, and there is still plenty of opportunity for fans to secure seats to all other fixtures in the general public sale.

Children’s tickets are available for every First Round and Super 12 match from $5, with adult tickets available at select matches at each venue from $20.

Tickets are sold on a first-come, first-served basis, so it is important for fans to purchase early to secure the best seats at preferred matches.

The top five selling matches are:

ICC Men’s T20 World Cup 2022 Local Organising Committee CEO Michelle Enright said: “The response from the fans has been fantastic and we’re proud of the fact we were able to reward our fans who purchased tickets to the postponed event in 2020 and those who registered early with us to get priority access to tickets in the pre-sale.”

“We know that so far our ticket purchasers are predominantly residing in Australia, so to have two match-days with General Ticket allocations all sold that feature India, Pakistan, Bangladesh and South Africa shows the passion for cricket from fans in those communities.”

“With news of Australian borders starting to open to visitors from February 21, the timing is perfect for fans around the world to start planning a trip to Australia and be part of a global cricket celebration later this year.”

Fans can plan which matches they want to see by visiting t20worldcup.com/fixtures.

Australia was originally scheduled to host the event in 2020, before it was postponed due to COVID-19 and re-scheduled for 16 October – 13 November 2022. Matches will be played in Adelaide (Adelaide Oval), Brisbane (The Gabba), Geelong (Kardinia Park Stadium), Hobart (Bellerive Oval), Melbourne (MCG), Perth (Perth Stadium) and Sydney (SCG).

It’s the first time Australia will host the ICC Men’s T20 World Cup after a record-breaking women’s event, which was held in February – March 2020. The final at the Melbourne Cricket Ground, was won by Australia over India in front of 86,174 spectators, a record crowd for women’s sport in Australia and the second-highest crowd ever recorded for a women’s sporting event globally.

Australia will enter the eighth edition of the men’s event as defending champions after winning their maiden ICC Men’s T20 World Cup title in 2021, defeating New Zealand in in the final played at Dubai International Stadium.

The ICC Men’s T20 World Cup 2022 will feature 16 international teams playing 45 matches with the final to played on Sunday November 13 at the Melbourne Cricket Ground.