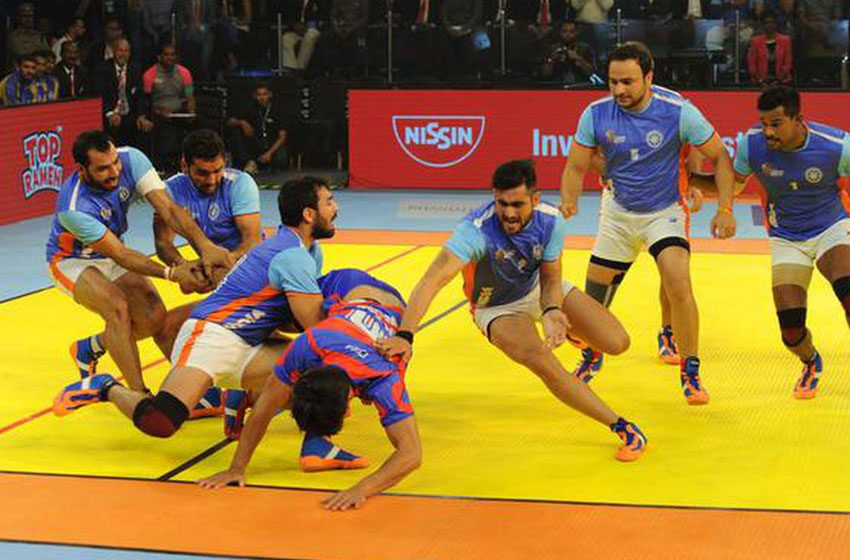 Kabaddi is a common game played in Indian schoolyards, but until recently, with the success of the franchise-based Pro Kabaddi tournament, the game has remained in the hinterlands. Now, with the announcement that the inaugural world cup is going to be played in 2016 between twelve teams, Kabaddi looks set to become a global game.
Kabaddi has always been seen as something of a sub-continental sport. Yes, it is part of the Asian Games, but one always gets the feeling that no one apart from India seriously plays it. Along with kho-kho, it is one of those games that – if you’re Indian – you grow up playing but grow out of as soon as you become an adult and graduate to ‘real sports’ like football or cricket.
So the fact that the first Kabaddi World Cup is being organised in India in 2016 is a huge deal, because it not only takes the first step for the sport to go global, but it also pits it on television in direct competition with other sports like cricket which gets primetime in India. The United States, Canada, the UK, Australia, Iran, Poland, Pakistan, Bangladesh, Korea, Japan and Kenya are set to take part in this tournament besides hosts India.
Kabaddi became part of the Asian Games in the year 1990 and India has won all the gold medals in the sport since then, so it has to be said that India start favourites in this marquee tournament as well.
The phenomenal success of Pro Kabaddi, a franchise-based televised Kabaddi tournament in India, and the participation of players from around the world has convinced the IKF – the International Kabaddi Federation – that the time is ripe to take the next step in the game’s evolution and conduct a world cup.
With twelve participating countries, it could be said that the Kabaddi World Cup is as ‘big’ as a typical cricket world cup, which is also a game only a handful of nations play. Also, it is not to be thought that the tournament will be a cakewalk for favourites India, because in the 2014 Asian Games, Iran gave India a close fight and almost defeated them. So it’s conceivable that the matches in the world cup will be closely contested and hard fought.
IKF officials also confirmed that they selected the twelve participating nations in the world cup with a view towards representing every Olympic geography.
So bring on the Kabaddi World Cup. Here’s hoping that this will be the first step of Kabaddi as a global sport, and that it will go from strength to strength from here.