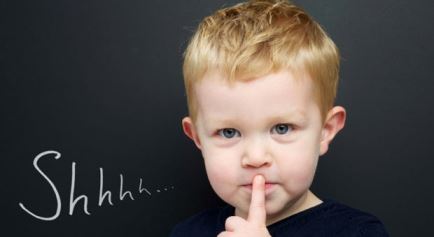 ‘All parents have to face the day on which their Kids swear for the first time. Here we discuss how to handle this delicate moment, and how to ensure your child stays innocent for a bit longer.’
It’s not just a kid question. We adults routinely grapple with it too. Should we or should we not swear? On one hand is the morality that our species has embraced when it comes to sex, which has banished all words that describe the act to the fringes as blasphemy. In addition to the sex, the process of excretion is also one of the great shames of humanity. Never mind that everyone does it, generally more often than sex. So any word that describes that, too, is a swear word.
But then on the other hand there is that moment of passion – driven by anger, exasperation, love or any such emotion – in which no other word than the swear word appears able to communicate just what it is that we’re feeling. So we use it, most of the time without thinking about it, and feel bad afterward.
Are we okay with our kids swearing, then? Studies have shown that even parents who use the word regularly would rather not hear their children say it. Why? The reason given out most of the time is that they’re too young to know what it even means. And of course, when we use it, we do it without realising it, almost as a reflex action, but when they do it, it’s deliberate, often as an attention-grabbing ploy.
So what do we do when we see our three-year-old piping up at the dinner table and saying, ‘Pass the fucking butter over please, mom’? Here, too, there are different ways of approach.
One is the autocratic approach. Here you play the parent straight out of army camp, put down your foot, and say, ‘How dare you use that word? I hear it coming out of you one more time and I will see to it that you’re grounded.’ If your little one protests that she heard it from you, you of course counter with: ‘It’s an adult word. Only grown-ups are allowed to use it.’
The problem with this approach, of course, is that when you tell kids not to do something, they will make sure they won’t do it – in front of you. When they’re with their friends, they will rebel openly, just to spite you behind your back.
The other way of dealing with it is to ignore it completely. Once the word doesn’t get any traction or reaction from anyone, the child is likely to forget it and go back to words that get more attention from his or her parents. But the problem is that it’s hard not to react when your kid says something like this. First, it will catch you by surprise. By then it’s too late.
So whichever approach you pick, make sure that the rule is consistent for both your child and you. Children can smell unfairness from miles away.