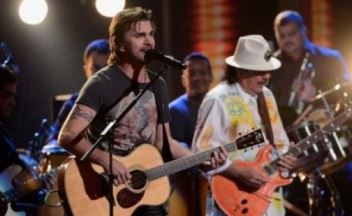 It’s a single soundtrack which is sung by two wonderful singers and it was released on December 2, 2013. As it hit the box office last week, it acquired the rating of 3.0/5.0 which makes it above the average song and it certainly is. Originally the genre of this song is rock but is also includes salsa, bluegrass and crossover melodies. Santana who has number of hit songs on credit teams up with Colombian star Juanes for this particular song. Many reviewers have stated that although the song is one of the biggest hits of 2013 but most of the credit goes to Juanes who sung it in such a way that this track became one of a kind for this year. The song starts as sumptuous salsa and blues where in the middle, it resolves into smoothly elevating crossover rock and as it goes to the end, it became a hot solo.