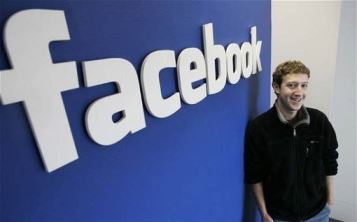 We all have to admit, Facebook is addictive! Can you think of deleting your Facebook account once and for all? Well, apparently 11 million people from US and UK have done so. The main reasons for an increasing number of Facebook account deletions are the complex privacy issues faced by the users and the fear of internet addiction. Nine million ‘virtual identity suicides’ were carried out by US based Facebook users while 2 million people from UK have deleted their online accounts in the last few years.
People are becoming more sensitive regarding privacy issues they face while using the internet. According to Brenda Wiederhold, editor of a popular behaviour and social networking magazine called Cyber-Psychology, people are now concerned about the protection of their private matters while using social networking websites, especially Facebook. The magazine came out with an article enlisting various reasons that force people to delete their profiles from Facebook and according to this article, the prime reason turned out to be privacy concerns.
The second, most prominent reason is the inadequacy of these websites to provide users with quality services. Fears of getting addicted to Facebook and the aversion from wasting time on the web are other common reasons enlisted in the article. Facebook has more than 950 million active users and therefore undoubtedly, it is the most popular social networking website in the world, followed by Twitter and MySpace.
Since there is a sudden boost in the number of people who wish to quit social networking, in the last few years many websites have been launched to assist you in getting rid of your online accounts. Applications like ‘Suicide Machine’ and ‘Seppukoo’ can help you in deleting your account by removing all the private content, pictures, videos and friends from your profile. These applications make your profile inaccessible by changing the password of your account.
Although as compared to the number of active users Facebook has, the number of quitters is quite less but if the trend continues like this, Facebook will have to take some serious measures in order to ensure the privacy of its users is protected to a super secure level.