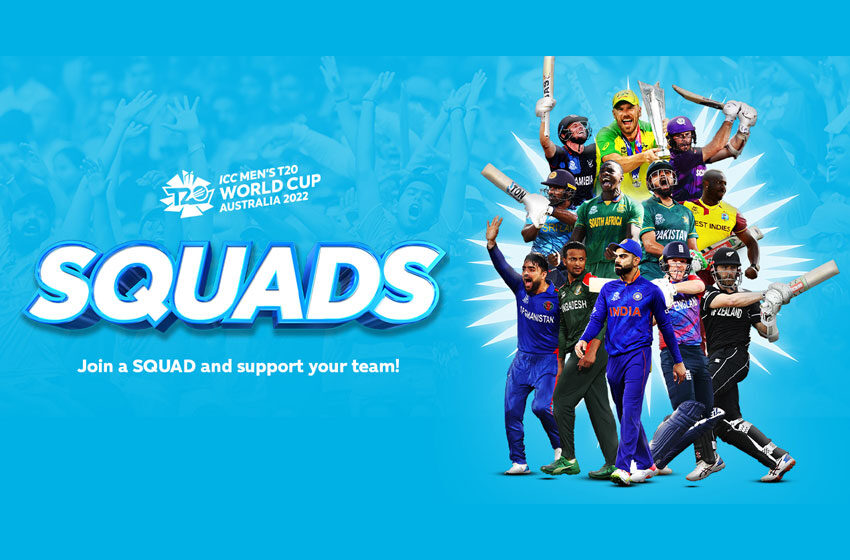 Cricket fans across Australia can now connect and celebrate their heritage via SQUADS, a hub of official digital supporter zones for the ICC Men’s T20 World Cup 2022.

Aimed at bringing multicultural groups together through the platform of the T20 World Cup, SQUADS invites fans to share stories from their local community and connect with other supporters to fuel their cricket fandom, wherever they are based in Australia.

Facebook Groups for 10 qualified teams for the T20 World Cup have been created, with fans able to join and share their own content and showcase their passion for cricket and their culture.

More information about SQUADS and links for fans to support their team and join the conversation are available at t20worldcup.com/squads.

“SQUADS is just one of a number of initiatives we are planning to engage and bring together multicultural communities through their interest in cricket using the incredible platform of the first T20 World Cup played in Australia.”

“Fans who can’t wait for October when the on-field action gets underway, can start supporting their team now by joining one or more of the official SQUADS,” said Enright.

The launch of SQUADS comes after tickets to the ICC Men’s T20 World Cup 2022 went on sale to the public last week, with general ticket allocations for two match-days selling out on the opening day. Over 200,000 tickets were sold during the pre-sale and fans still have plenty of opportunity to secure their seats at t20worldcup.com.

From 16 October to 13 November the event will feature the world’s best cricketers from 16 international teams in 45 matches across seven host cities, bringing people of all ages and backgrounds together for a multicultural celebration.