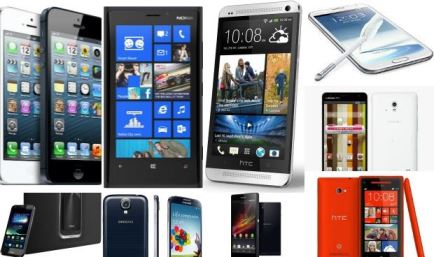 “The rapid pace of Smartphone uptake has been phenomenal and is set to continue. It took more than five years to reach the first billion Smartphone subscriptions, but it will take less than two to hit the 2 billion mark,” says Douglas Gilstrap, senior VP and head of strategy at Ericsson.
The world’s top mobile network equipment maker expects Smartphone traffic to grow tenfold in the next six years .About 5.6 billion Smartphone subscriptions globally by the end of 2019, up from 1.9 billion in 2013, as more people in emerging markets buy cheap smart phones instead of basic phones. Most of this growth will come from emerging markets. Interestingly, this trend will be driven by uptake in China and other emerging markets as lower-priced Smartphone models become available. Markets in North America, select Asian countries (Japan, Korea), and Europe are reaching the saturation point as far as mobile devices and smart phones are concerned. There is already more than one connection per person in many markets.
More than a quarter of a billion smart phones shipped in the third quarter, according to Strategy Analytics, an increase of 45 percent from the same quarter last year. To meet the higher pressure on telecom networks as data traffic surges, operators will expand high-capacity 4G, or LTE, to cover more than 65 percent of the world’s population by 2019, up from around 10 percent in 2012, Ericsson said. Forecasting annual Smartphone traffic would hit 10 billion gigabytes by 2019, with videos representing some 50 percent of all data traffic. Social networking and web services would account for 10 percent each.