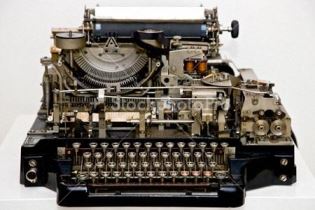 I was working in the Big Apple of Asia, the Middle East. I was in my twenties. For the benefit of the new generation or twitter / Face book people, let me introduce, in your own language, an old App called the Telegram.
Yes, some wise guy (yes, wise guys did exist before Mark Zuckerberg) invented it. Currently this has been shelved owing to the inability to update it to Telegram 2.0 version, as Samuel Morse isn’t around any more. For the majority of normal people of those times, the telegram was the only App/tool to speedily convey the message of a birth in the family, death, wedding, legal communication etc. However, for the people of India, the inventors of Zero, the biggest symbol which unfortunately epitomizes the state & rank of our achievements in the world stage, telegrams had an altogether brilliant use.
So back to my working days. I received a telegram which says one of the vilest words/news any expatriate worker in Middle East dreads to hear. “Father in sinking stage. Start immediately.” Since today’s generation is not aware of the significance of that expression, let me again explain that he wasn’t drowning anywhere in a water body. This is an archaic English expression meaning my Dad was in a precarious health. When I reached home, to my utter shock, (quite an ungrateful son, am I?) I found my father not at all “sinking” but in fact drinking his customary morning cuppa on my house front porch. I furiously looked at the sender of the malicious telegram, my mother, who had a sheepish grin on her face.  She gave a one-liner explanation. ‘This was the only way we could get you here in a jiffy and had we told you the reason you would not have come.’
I screamed: “What for?”
“We found this nice girl for you,” she said. The next words were exactly what you will find in a matrimonial ad featuring the many qualities of my would-be bride. Convent educated, wheatish coloured (for the uninitiated in Indian ethos, skin colour plays one of the most critical roles in a marriage in Indian society. And we are not racists at all. We are victims of racism, of course. Also this speaks volumes about why fairness creams thrive in India.
Anyway, my mother continued that my would-be wife was God fearing, that she has a certification in home making and that she even knows stitching. Jesus Christ. And I was thinking about my boss’s reaction about how he will hit the ceiling when I explain all this when I get back. And this story is not an isolated incident. This is a very real situation which despite the modern society advancements, thousands of Indian men and women had to undergo from their traditional parents (old term for the new helicopter parenting). They had all the right to choose a bride/ groom, gumption to ask for dowry (a ransom amount paid in reverse in advance with scope for future installments). Since I have to cut the story size for lack of space, I highly recommend Chetan Bhagat’s book on the same topic: “Two States: The story of my marriage”.