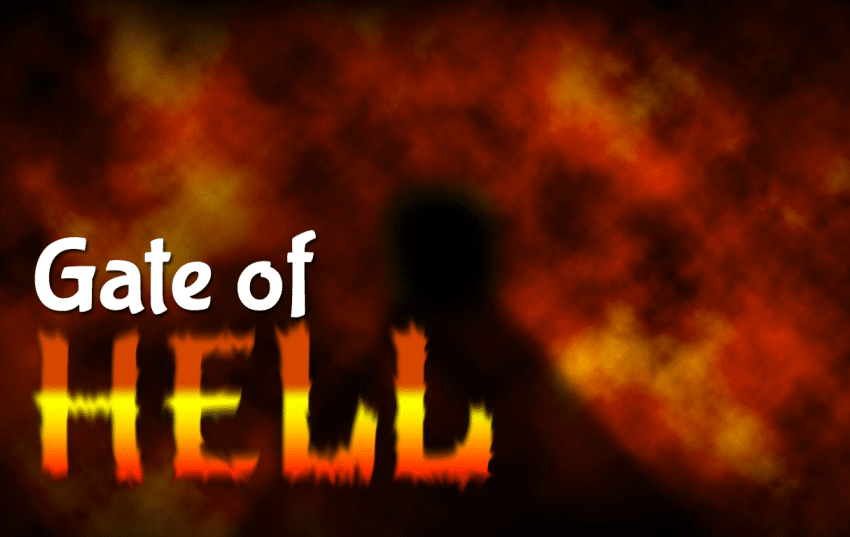 Death is the only certainty of life. Yet we fear it so. Nobody knows for sure what happens afterwards, if we just dissolve into unconscious matter or if we float up to a higher plane, but civilisation after civilisation has speculated on the possibilities. For some hell and afterlife are just myths, spook stories; for others they are as real as the air we breathe and the water we drink. We have a list of gateways to hell gathered from all around the world. No matter what your belief, will you have the courage to walk though them?

Located in Blatce, north of Prague in the Czech Republic, this castle without a kitchen or water source stands on top of a bottomless pit that leads straight to hell. In the 13th century, legend has it that King Ottokar II of Bohemia offered a pardon to any prisoner who would allow himself to be taken down the hole and report what he saw there. The first prisoner began to scream in a matter of seconds. When he was brought out they saw that his skin had wrinkled, his hair had aged, there was a distinct croak to his voice, and he spoke of half-human creatures flying through the darkness on grotesque wings.
The castle was built, therefore, to house not the living but the dead.

Taking a less grisly view of the matter were the Mayans, who considered a journey to the afterlife as a pleasant experience. They imagined picturesque underground waterways and caves to be paths that we must all take on our deaths. In the Mayan worldview, caves were often seen as literal pathways between the surface world and the underworld where the souls reside. The underground pools of Mexico and Central America are great examples.

Arising from the Greek word that means ‘birdless’, according to legend any bird that flies over Lake Avemus would drop dead, stung by its fumes. Located in Cumae Italy, this is the lake through which Sibyl, the ferrywoman, would transport living people into the underworld – of course, for a small fee; perhaps a coin. Somewhere deep down in its depths, the lake hides the passage to the underworld and its many secrets.

Volcanoes have always been thought of as gateways to hell, and Iceland’s most active volcano, Mount Hekla, is no exception. Benedeit’s 1120 Anglo-Norman poem, Voyage of St. Brendan calls this volcano the prison of Judas, the apostle who betrayed Jesus. After its 1341 eruption, people saw birds flying amidst the molten magma – birds that had wings and human limbs, birds that could have been souls in torment.

There was once a spooky church that watched over Stull cemetery, but it has long since fallen. Only its basement survives, and a stairwell that bores into the ground. At the base of the stairs, they say, is the gate to hell. Sometimes dubbed Satan’s personal elevator from his world to ours, this is perhaps the most famous hell’s gate in the world. Rumour has it that even the pope doesn’t fly over this unholy place.

According to legend, this underground limestone cave enshrines Lord Shiva and thirty-three million gods. The cave is 160 metres long and 90 feet deep from the point of entrance. It finds mentions in ancient texts such as Skanda Purana. There are four gates inside the cave, each believed to be the gate for the four ages. At the entrance there is a sign that reads: ‘People with weak hearts should not enter.’ Threat? Or reality?

The door to hell

This is a burning natural gas deposit situated in Derweze, Ahal Province, Turkmenistan. It has been burning continuously ever since Soviet petrochemical scientists lit it in 1971. Rich natural deposits around the area act as fuel for this constant fire. This area was discovered by Sovient scientists in 1971. They set up a drilling rig and a camp nearby, aiming to extract the gas and to store it. But when the land gave way beneath the rig and swallowed it, thus releasing large quantities of methane gas into the air, the Soviets chose to burn it, reasoning that it will extinguish itself in a few weeks. On the contrary, the fire burns to this day. This is perhaps a good example of a man-made hellhole.