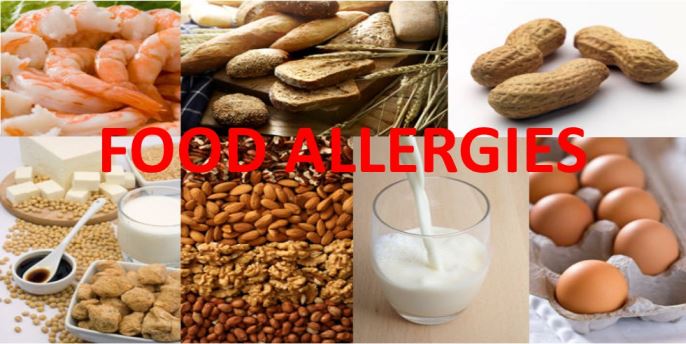 Whether you’re a foodie or not, food allergies can be a pain. There’s nothing that makes a food item more tempting than being told by a doctor not to have it. However, reactions to allergies can be quite serious, so we must all be wary of allergens present in food. In this piece, we give you a short list of some rare ones.

Allergies to food items is a common condition. The most common food allergens are often called the ‘big eight’ (or they would have been called the ‘bad eight’ if they had not been so full of nutrients). They are milk, eggs, fish, shellfish, tree nuts, peanuts, wheat and soybeans. When you’re trying to figure out which food you’re allergic to, these are your first ports of call. Start with the big eight and test yourself.

However, there are quite a few other foods that you could be allergic to. In this article, we will tell you some uncommon food allergies that you should be aware of.

1. Corn
Though corn allergy is rare, it can cause a serious allergic reaction called anaphylaxis, which requires immediate medical treatment and carries a risk of death. There have been cases reported where cornstarch present in surgical glove powder caused a reaction in the patient on whom the surgery was taking place. Corn is available in a range of foods, so it’s important that you know whether you’re allergic to corn. Cooked corn also causes the same reaction as raw corn if you’re allergic. Your only option may be to avoid it altogether.

2. Red Meat
Being allergic to meats such as beef, lamb and pork can be rare and difficult to identify. This is because symptoms often don’t occur until six hours or so after consuming the food, so it could be difficult to associate the food with the symptoms. However, there is a strong correlation between meat allergy and milk allergy, though it should be noted that the reverse correlation is not true. Heating and cooking meat well may reduce the risk of a reaction.

3. Spices
This could be the most unfortunate allergy to have because spices are so hard to avoid in food. Not only are they ubiquitous in all recipes around the world, they also give food its taste and flavour, so cutting down on spices could be next to impossible if you’re a foodie. Some of the common allergens among spices are cinnamon, garlic and black pepper. Spice allergens are also present in cosmetics like body oils and perfumes, so women are more likely to have this than men.

5. Dried fruit
If you’re a vegetarian, dry fruits are excellent sources of protein. But sometimes, sulphite compounds such as sulphur dioxide – used to preserve a host of foods – can cause allergies. Other foods to be aware of if you’re allergic to sulphites are wine, vinegar and vegetables. Note that the culprit here is not the food itself but the preserving agent. So if you can get fresh vegetables without any preservative added, then they will cause no reaction. Canned food and other condiments can also cause a reaction if you’re allergic to sulphites.