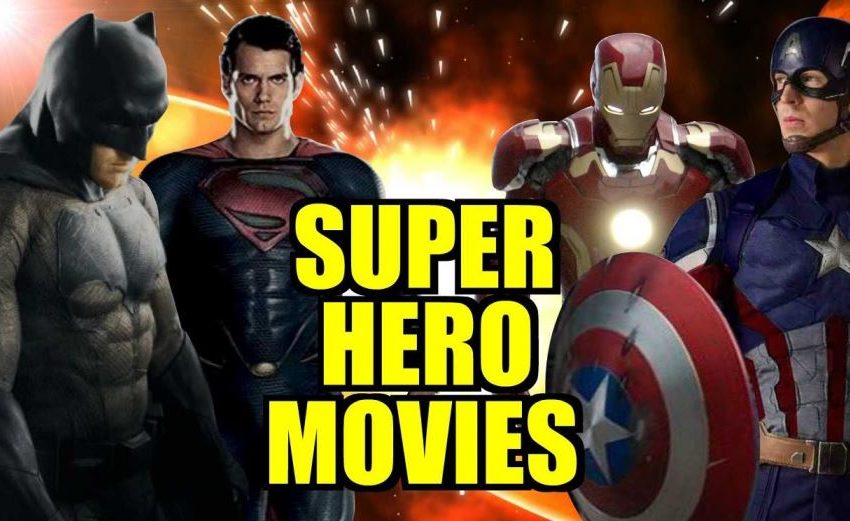 Let’s face it. We all love superheroes. If there’s one sure fire bet in terms of a movie genre in the modern age of special effects, it’s the superhero genre. In 2016, Hollywood is rolling out the red carpet for us, the viewers, and we’re not complaining. Here are five superheroes coming your way at the movies in 2016.

If you’re a superhero junkie, then 2016 is the year for you. Hollywood is pulling out all stops to make it a billion-dollar-year, which means they will bank on the one genre that has been raking in the moolah left, right and centre. For the last few years now, the road to a blockbuster in Hollywood has been paved with a superhero or two. Here is a list of superheroes to look forward to in the New Year.

1. Power Rangers
If you’re a child of the nineties, then you must have just fainted out of delirious joy. Yes, the Power Rangers are coming back to the big screen after a long, long hiatus. Now they have computer graphics and virtual reality to help them kick some butt. Remember the old TV series with goofy (by today’s standards) special effects and people dressing up as monster lizards? Well, now you will see them all bigger, better and with more pizzazz. Dean Israelite (of Project Almanac fame) has been roped in as director. Watch out for more details.

2. Black Panther
If you don’t know much about this superhero, you can be forgiven because he has never made an appearance outside of comic books until now. He will make an appearance in Captain America: Civil War, as the first dark superhero ever created way back in 1966. The Black Panther possesses superhuman speed, and can read the minds of his enemies. In 2017, he will star in his own movie.

3. Black Widow
The surprise casting of Scarlett Johansson as the superpower-less Black Widow in the Captain America franchise has caused a stir among fans. Johansson has pleasantly surprised viewers with her ability to hold down a superhero role with panache. She will be reprising her character in the Civil War iteration, though it is not yet clear whether she will be on the side of good or evil.

4. Copycat
Panther first, then a black widow spider, now a copycat. What’s with the superhero obsession with animals? Either way, Morena Baccarin has been roped in to play Copycat, the geisha of the X-men universe in the movie, Deadpool. Copycat’s special ability is to change into someone not just in appearance like Mystique does, but also at a cellular level. So she is able to replicate other people’s superhuman powers as well. Word has it that she and Deadpool will have a thing going in the movie, since in the comics they briefly become a couple.

5. Quicksilver
The coolest scene in X-men First Class belongs to this mutant, who can not only think and move at supersonic speeds but also defy the forces of gravity and kinetic energy. As he explains his powers, ‘Have you ever had a day when you’re at the ATM and you’re in a hurry, but the person in front of you is taking forever because they can’t figure out how to work the machine? Well, now imagine having to spend every day of your life surrounded by people who don’t know how to use the ATM.’ In 2016, he will appear in X-men: Apocalypse.