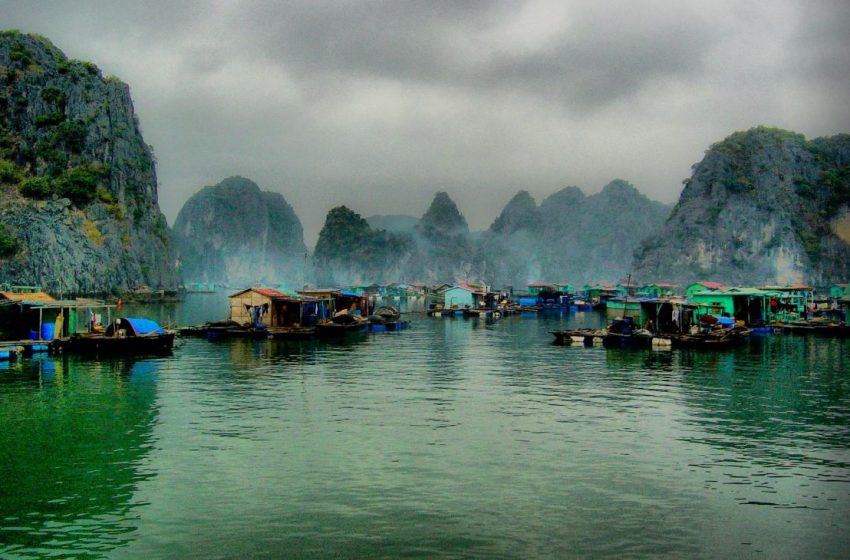 If you’re a keen traveller, you will have either heard of Ha Long Bay in Vietnam or you’ve already been to it. Regardless, the place is one of Earth’s oldest pristine natural habitats, so here is an article that describes six things you ought to know about it but didn’t.

Ha Long Bay is a UNESCO World Heritage Site and a popular travel destination in Quang Ninh Province, Vietnam. If you’re a travel enthusiast, then a trip to Vietnam should be around the top of your list because of its beauty and inexpensiveness. And if you go to Vietnam, you should not even think of returning without paying Ha Long Bay a visit.

Here are a few things that you did not know about Ha Long Bay.

1. The limestone that you will find in this bay has gone through 500 million years of formation in different conditions and environments. The evolution of the stones in the bay is said to have taken around 20 million years under the impact of tropical wet climate. So a trip to Ha Long Bay is like travelling through time to a world of ancient history.

2. Speaking of ancient history, historical research surveys have shown presence of prehistoric human beings in this area tens of thousands of years ago. The successive ancient cultures are the Soi Nhụ culture around 18,000–7000 BC, the Cái Bèo culture 7000–5000 BC[6] and the Hạ Long culture 5,000–3,500 years ago.

3. The biodiversity of the area is exquisite. The geo-diversity of the climate here has created a tropical evergreen biosystem along with an oceanic and sea shore biosystem. So whether you’re a plant lover, a water lover, a beach lover or a coral reef lover, you will be simply amazed at the variety of living organisms that call this place home. Ha Long Bay is home to fourteen different plant species and sixty different animal species.

4. The name ‘Ha Long’ is derived from Sino-Vietnamese, and it means ‘descending dragon’. Local legend has it that when people first came to settle in Vietnam, they had to fight against invaders. The Gods then sent a family of dragons to protect the country, which began to spit out jade and jewels that became the islands and islets of the bay. Even today, on a quiet night, you can see the shadow of an unearthly creature just under the water’s surface, locals claim.

6. Like all pristine natural habitats, with the arrival of humans and the elevation of the place to a ‘tourist destination’, mangroves and seagrass has been cleared for jetties and wharves to be built for tourist boats. Game fishing is also endangering the numbers of many species of fish.