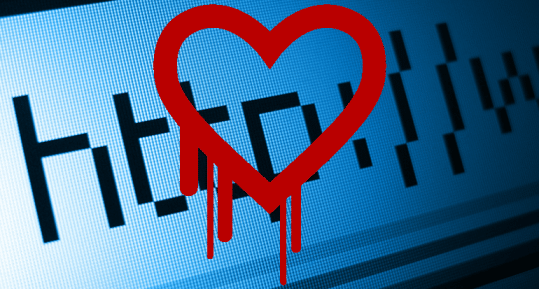 Over the course of past one week, a security bug by the name of Heartbleed has created a rage over the internet. This glitch in security has affected two-thirds of the websites as the security measure employed by them in order to keep the passwords secure, has been compromised. Owners of websites are petrified as some of them are changing their passwords and imploring their registered members to do the same. On the contrary, some owners are still waiting for the problem to be rectified before making changes to their passwords. This is probably a better alternative owing to the fact that any attacker will gain access to your new password which is why, it is strongly recommended to wait for the issue to be resolved.
Currently, many websites which were in peril of being compromised have recovered and patched up. Now this will definitely come as relief since it has been ascertained that the login info of bank accounts is still secure. Heartbleed has not been able to affect major banks such as Chase, Fidelity, Bank of America, E*Trade, Scottrade, PNC, Schwab, TD Bank, TD Ameritrade, Wells Fargo and US Bank.
Yahoo mail and Google mail were affected, but have been patched up lately. On the other side, AOL and Hotmail were not affected, but it will be wise to change the passwords anyway. It has been one week since the security bug was found and since then, website owners have been petrified and concerned about compromising information to unknown attackers.