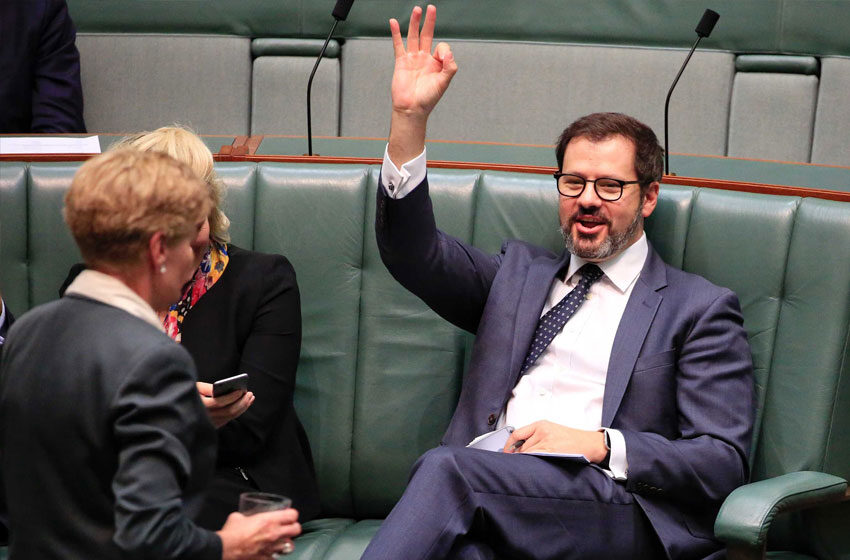 Ed Husic is a man of many firsts. He’s the first federal MP ever to be sworn in using the Koran, the first Muslim frontbencher appointed to Kevin Rudd’s government and probably the only known Muslim to openly support same-sex marriages.

Husic’s first stub at competitive politics saw him contest for the MP seat in neighbouring Greenway. It was a real eye-opener for the man raised in a Bosnian Muslim family in Sydney’s west. He lost the seat to Liberal, and evangelical Christian Louise Markus, thanks to a smear campaign that painted him as someone driven by an Islamic agenda.

Ironically, Husic’s connection to his faith hasn’t always been easy. As teenagers, he and his brother rebelled against a plan by their Bosnian parents to send them to Madrasa classes. Only when he had to do a school project on the differences between Christianity, Islam and Judaism did he start taking a deeper interest in his faith. He now agrees that Islam “has helped him in his way”.

Husic also has some regrets, one of them being his statement in 2004 that he was a “non-practising” Muslim. He admits “That was the dumbest thing I’ve said in public life”.

Kristina Kenneally, a former New South Wales Premier and practising Catholic, says she and Husic have had discussions on the challenges that arise between one’s political life and religious identity. According to Kenneally “You suddenly become the spokesperson for a whole faith, an entire group of people, and that can be inconvenient,” although, she also agrees that it can also be an opportunity.

Dealing with an issue like Muslim extremism can be a tripwire for an MP with an Islamic background, but Husic advises anyone professing the faith to call terrorism what it is – murder – and “say it without caveat”. He uses his electoral office to caution his Muslim colleagues against applying double standards when it comes to anti-Semitic sentiments. His attitude has also been shaped by the conflict in his ancestral homeland that taught him to serve all his constituents, including Serbs, without discriminating against anyone.

Husic also has a reputation for sticking to his point of view no matter how politically incorrect it may be. Chris Bowen, his long-time friend and shadow treasurer in the Labour Party, says the 46-year-old father of one only changes his mind when it’s something serious for him.

As the member for Chifley, Husic represents a constituency populated with diverse cultures ranging from Filipinos, Indians, Samoans and Arabic speakers whom he feels are “always last on the list” when it comes to prioritising their development needs.

Nevertheless, Husic has done more than his fair share to support causes like Blacktown Youth College, the “alternative community school” in western Sydney that caters for young people who don’t fit into Australia’s mainstream education.

His message to the youth is simple, “Don’t listen to the people who say you can’t – because in the end, you’re dudding yourself.” It’s a message that resonates with his audience.