Sylvia Freedman started to look for options to manage her disease after her diagnosis with endometriosis. The 21-year-old got a shock when one of her GPs advised her to bear a child to help with the pain. She says that she didn’t want a baby in the first place and was so unwell that she couldn’t even make it to her university.
But the idea of having a baby to cure endometriosis is baseless, according to Professor Jason Abbott from the University of New South Wales. The gynecological surgeon and researcher with 22 years experience say that it is a complete myth and can be based on the hormonal changes a woman experiences during pregnancy. Having a baby just isn’t the right answer to dealing with the problem here.

Understanding the Process of Endometriosis 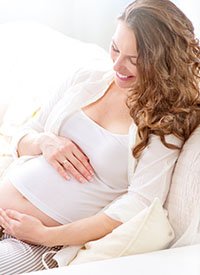 During pregnancy, a woman has high levels of progesterone, which is used to treat endometriosis. The woman also encounters low levels of estrogen which helps in reduction of the symptoms.
Abbott says that it is like a vacation from endometriosis where the woman gets some relief during pregnancy. But not all women have the same experience, and the symptoms come back once the pregnancy and breastfeeding are over. Also, women who have developed scar tissue and severe disease in their pelvis will not have any relief even during pregnancy.

According to Professor Abbott, endometriosis generally impacts women in the pre-menopausal years. During menopause, the period stops causing a reduction in the levels of estrogen, which fuels endometriosis. For this reason, menopausal women can have fewer symptoms of the disease though it does exist.
However, not all women have the same experience- some continue to encounter issues with their muscles and nerves due to endometriosis. Things can get better for them, but the disease does not go away completely. 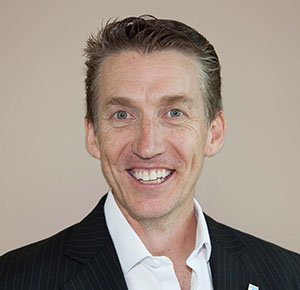 Professor Abbott says that they call menopause the end of the disease as there is no estrogen. But still, a woman may continue to face physical and mental consequences from the disease.
Women who are unable to conceive due to endometriosis can go through life-long distress. Some of the menopausal women go through hormone replacement therapy and receive doses of estrogen and progesterone. They will also continue to suffer from the symptoms.

The Role of Genetics

Some of us wonder if endometriosis is brought about by genetics. Professor Abbott thinks that the disease is hereditary. He says that a woman is seven or eight times more likely to contract endometriosis if it existed in their mother, sister or any first-degree relative.
Research reveals that 50% of the cases of endometriosis are related to women’s genes. Some women without any family history of endometriosis can also contract the disease. Either their relatives were a-symptomatic and never been diagnosed, or they can be the first ones in their family to get the disease.
However, while genetics does play a role in around half of the cases, it is important to remember that they aren’t the only factor.