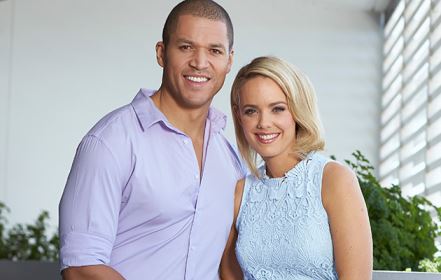 Blake Garvey and Louise Pillidge, the golden couple of The Bachelor 2014, have parted ways after 18 months of their marriage. The couple recently revealed that they were attending relationship counselling sessions from the last 3 months, trying to make things work. They also revealed that from the last several months they were living in separate rooms of their 2-bedroom apartment located in Perth. So, when every attempt to save their marriage failed, they decided to call it quits.

Blake said, “Sometimes when you try so hard to make it work, you become nervous about being yourself.” He further added that they felt like they were walking on eggshells around each other all the time and it was suffocating. This is not the first time this couple is facing such a situation. On the show itself, Blake dumped Louise to propose Sam Frost and later dumped her to return to Louise.

Louise stated that the she said yes to his proposal but she was always unsure of the decision, considering the fact that she was Blake’s third choice on the show. But she also added that regardless of all the drama surrounding their relationship, they are supporting each other through this difficult time.