It’s honestly surprising that this is still a question. With the amount of attention, Bitcoin has been receiving. I am still shocked that people don’t know about Bitcoin. But let’s explain what Bitcoin is. Bitcoin is a type of currency. Now you think, how is it any different than all the other currencies and why is it so popular? The thing that makes Bitcoin, well, Bitcoin is that there are no middle parties involved in transactions using Bitcoin. Isn’t that lovely? Bitcoin was invented by an anonymous person going by the alias Satoshi Nakamoto. Bitcoin’s values have been rising and dropping dramatically since a few years, and that’s why it has stayed in the limelight for long.

This year, Bitcoin seems to be the fastest growing asset in the world, and people all around the globe are gradually getting used to it and introducing it to their lives. A few years from now, it will take over all currencies, that’s what the predictions are. But it doesn’t seem to have bothered London much. While people are purchasing apartments with Bitcoin in other parts of the world, Londoners seem to be asleep and unaware. Louis Chauvin himself says that during the time he has been in charge of Bitcoin transactions, as less as 20 people have asked to pay in Bitcoin.

The value of a single Bitcoin has recently boosted from $300 to $11000 and then dropped a little to $10,700. But overall, you can see what a massive rise in value that is. Chauvin says that customers and citizens are not entirely unaware as they always come in and inquire about how it works. But we can suppose that they are just hesitant or confused because the values might switch anytime.

However, as Bitcoin becomes more popular each day, people fear that it’s being treated more like a store of value rather than a currency or an economic means which might result in the gradual formation of an economic bubble. Central Bankers, who have no hand in transactions done via Bitcoin, have also warned about its dangers the potential of the bubble to burst in our faces. Comparing this bubble with those of the past such as the Tulip Mania of the 17th century and Dot Com bubble that began in the late 90s, economists are warning about the dangers of this going wrong sometime in the future if not cashed quickly.

Economists and socialists are all predicting a bubble burst and eventually a disaster that is going to follow Bitcoin but also not denying its current importance and use. So I guess the same thing would be to wait for a little and wait for a further rise in the coin. If the coin keeps rising dramatically, then the economists’ predictions will start proving to be true. All in all, it currently does not look good and safe to invest in Bitcoin as, despite the popularity, people are still not buying into it as much. 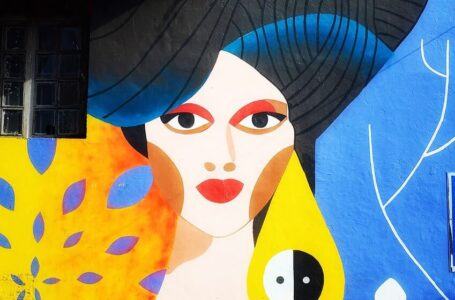 The Gunman who open fire at the...