Tradition is the hallmark of diversity. Whether it be the Christian exchange of gifts at Christmas or the Islamic pilgrimage to Mecca (otherwise known as Hajj), religious holidays are steeped in custom. This is equally true for the Hindu festival of Holi. While many hold religious Holi ceremonies, for others, Holi is more of a time for having fun. Holi is a colourful festival that brings dancing, singing, and the infamous throwing of coloured waters and powder paints. Therein, it derived the name “festival of colours”. Across India, there exist more bizarre ways to celebrate this festival.

In Uttar Pradesh’s cities of Barsana, Nandgaon, and Vrindavan, you will find Lath Maar Holi. Local women carry batons, and when men tease them, they chase and beat them. The men use shields to defend themselves, or at least try to!

If you find yourself in Saunthana in Uttar Pradesh on Holi eve, there is a tradition where locals hunt and catch scorpions. They beat drums as the thumping lures the scorpions out and then catch them and adorn them on different parts of their bodies. More bizarre, there hasn’t been a single case of scorpion bite!

You will find Huranga Holi at Baldeo in Mathura. Local men drench women with coloured water. In reprisal, the women then beat the men and strip the men’s clothes. If the men are unable to escape, they end up getting stripped off of all their clothes.

The festival of Manjal Kuli Holi is held in the south, in the Kudumbi and Konkan communities. They celebrate this festival by drenching each other in turmeric water and powder, while at the same time, they dance to percussion instruments. Manjal Kuli means turmeric bath, a daunting prospect given we all know how turmeric stains the skin.

Elephants play a part in some festivities. If you visit Rajasthan, you will find Holi with Elephants. Likewise, in Jaipur, they hold a beauty contest for their elephants, where they are painted and paraded through the streets, followed by an enjoyable tug-of-war with the elephants.

If you visit Varanasi, you will find Holi Ashes. Ashes from the cremation grounds are mixed with the colours. Holi is celebrated using the mix. Participants believe death is the path to salvation, and therefore we should embrace it instead of fearing it. 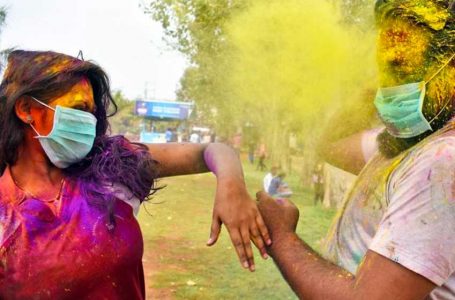 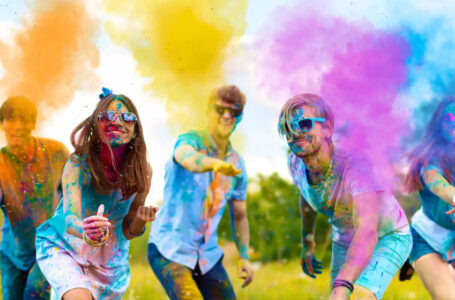 Where to celebrate ‘Holi’ in Australia