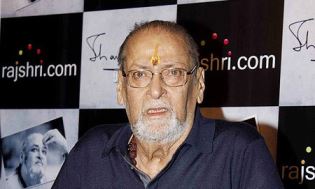 “Jeena yaha, marna yaha, iske sivaa, jaana kaha”
These were the golden lines which were heard in every cinema hall when Barsaat was released by Raj Kapoor in the golden era. As per the perception of Raj Kapoor, the lines of the lyrics symbolize the life of every human being. Kapoor believed that life is nothing but a 3-hour long movie which is segmented into various phases respectively. The same perception was highlighted in his song,” Pehla daur bachpan, doosra jawani, teesra budhapa aur uske baad kuch bhi nahi rehta hai.”
These were the golden words of Legendary Raj Kapoor who gave an altogether new dimension to the era of Bollywood and created a new stereotype. Most of his movies were based on the authenticity of India and its citizens. Some of the best works of the stalwart include Satyam Shivam Sundaram, Shree 420, Awara, Boot Polish, Jaagte Raho, Ram Teri Ganga Maili and Prem Rog.
One of the finest works of Raj Kapoor came when he was just 23 years old. Through “Barsaat”, Kapoor narrated an eternal love story which explored the aspects of true love as well as lust.  The movie was beautifully made and highlighted a complex love story. Kapoor earned numerous accolades for the movie especially for the fact that he narrated such a complex love story in the most beautiful manner. The best part about the movie was that it had all the debutants as its crew and furthermore, Lata Mangeshkar considers this movie as her first and foremost success in Bollywood.